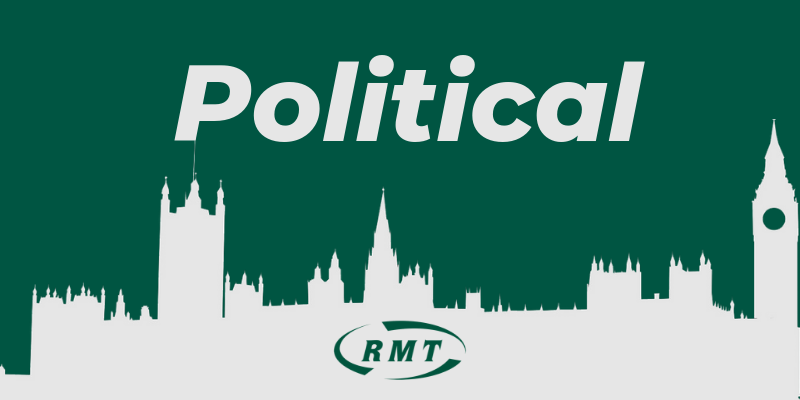 Working with other Unions

Transport policy is taking on an increasingly European and global dimension where international capital is seeking to spread the privatisation of transport infrastructure and drive down pay and conditions.

RMT has active Parliamentary Groups at Westminster, the Scottish Parliament and the Welsh Assembly.

These work with the union to pursue a progressive transport and employment agenda in their respective legislatures based on the following principles.