To the Secretary, all Branches and Regional Councils

At c260k people p.a. (in 2015)[1], the number of people migrating to the UK from elsewhere in the EU, is roughly the same as the inflow of people from all other parts of the world combined. 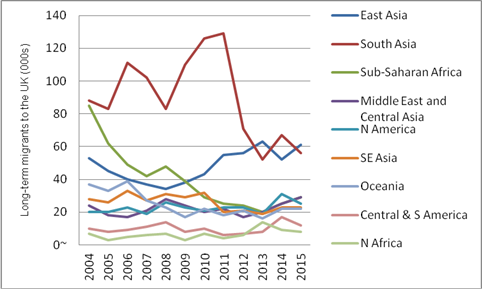 Brexit may hand the government the power (from March 2019) to exercise control over the number of EU migrants settling in the UK/ limit competition for jobs which UK residents already face. This change, coupled with increases to the National Living Wage (currently £7.50 per hour for those aged 25+) is expected to strengthen the ability of many workers – when organised – to negotiate improvements to terms and conditions.

Of course, an increase which applies across the board to every worker’s wages will not necessarily result in a commensurately large jump in workers’ purchasing power – ie the value of the money earned may diminsh. (Also, employers may respond to the increased cost of labour by accelerating automation of certain functions).

In terms of recent changes to the value of Sterling, it is true that it has fallen since the result of the referendum on UK membership of the EU. However – to some extent - that trend had commenced/ the pound had already peaked, prior to the referendum result being known: 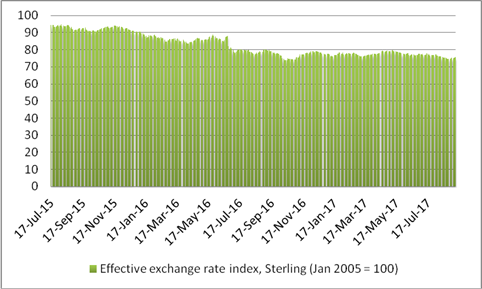 Workers can insulate themselves from some of this temporary fall in the international comparative value of Sterling by substituting products we usually purchase which are made abroad, with ones which are made in the UK.