Name, Objectives and Constitution of The Union

Name
1. The Union shall be called the “National Union of Rail, Maritime and Transport Workers” and is in these Rules referred to as “The Union.”

Composition
2. The Union shall be composed of members of the organisations formerly known as the National Union of Railwaymen, National Union of Seamen and the Offshore Industry Liaison Committee (O.I.L.C.). The Union’s Headquarters following the transfer from 39 Chalton Street, London NW1 1JD will be Unity House, Clapham Old Town, London SW4 0JW.

Amalgamations
3. At any future time the Union may amalgamate with, or admit into membership, any other trade union for workers employed in any section of the transport industry. Any resulting expenses shall be borne by the Union. Sections Groups of workers with a specific common interest may be enrolled into sections of the Union under names identifiable with their employment, but shall in all other respects be regarded as members of the Union and be governed by these Rules as laid down in Rule 2, Clause 6.

Objects
4. The objects of the Union shall be:-

(a) to secure the complete organisation of all workers employed by any board, company or authority in connection with rail, sea and other transport and ancillary undertakings and offshore energy;

(b) to work for the supersession of the capitalist system by a socialistic order of society;

(c) the promotion of equality for all including through

(i) collective bargaining, publicity material and campaigning, representation, Union organisation and structures, education and training, organising and recruitment, the provision of all other services and benefits and all other activities;

(ii) the Union’s own employment practices.

(d) to oppose actively all forms of harassment, prejudice and unfair discrimination whether on the grounds of sex, gender transition or identity, race, ethnic or national origin, religion, colour, class, caring responsibilities, marital status, sexuality, disability, age or personal characteristic. To this end, all cases brought to the attention of the Union will be investigated, dealing with them in the most appropriate way.
All local representatives, Branch officers and full-time officials of the Union are expected to take members’ grievances seriously and progress any case in the manner outlined in these Rules. Any member found to be responsible for discrimination against, or harassment of, another individual will be deemed to be acting contrary to Rule 2, Clause 24 of these Rules, and will be dealt with accordingly and could be expelled.

Improve Conditions
(e) to improve the conditions and protect the interests of its members;

(f) to obtain and maintain reasonable hours of duty, rates of remuneration, retirement pensions and other conditions of employment;

Health & Safety
(g) to secure the provision of measures which will best ensure the health and safety of Union members at work and the travelling public;

Disputes
(h) to settle disputes between its members and employers, regulate the relations between those parties by the collective withholding of labour or otherwise, and to provide funds for the relief of members during trade disputes connected with their employment subject to these Rules;

(i) to regulate the relations between the Union and its members, or between any member or members and any officials by way of appeal as provided by these Rules;

(j) to assist and protect all officials, employees, and members of the Union whose interests have been damaged by reason of their services to the Union;

Legal Assistance
(k) to provide funds for legal assistance, strike and provident benefits as provided by these Rules;

Donations
(l) to make donations to any institution from which members may benefit, and provide assistance to other trade unions and federations;

(m) to cater for the needs of members by providing funds to assist in the upkeep of rest homes, hospitals and education facilities;

Superannuation
(n) to establish independent associations for the purpose of:­

(i) providing and administering one or more superannuation schemes for the benefit of all permanent employees;

(iii) supporting the associations as their rules and the law may require.

Political Representation
(o) to provide funds for the political objects of the Union and the furtherance of political representation;

Property
(p) to acquire, hold, dispose or otherwise deal with property of any character whatsoever, whether real or personal, including therein the purchase, taking upon lease, selling, exchanging, mortgaging, or letting of land and other property.

Head Office
5. The Head Office and place of business of the Union shall be at Unity House, 39 Chalton Street London NW1 1JD, or such other place as the Annual General Meeting shall deem expedient.

Definitions
6. In these Rules the term “General” refers to:

(a) the members of the Union employed in the various categories of employment including those members who on the day before the effective date were members of the National Union of Railwaymen who were similarly employed;

(b) the persons who on the day before the effective date were employed by the National Union of Railwaymen;

(c) the representative bodies, and their officers, established or elected in accordance with these Rules for the governance and conduct of the affairs of these members.

The term “Shipping” refers to:

(a) the members of the Union employed on tugboats, deep sea, coastal and passenger shipping, including those members who on the day before the effective date were members of the National Union of Seamen who were similarly employed;

(b) the representative bodies, and their officers, established or elected in accordance with these Rules, for the governance and conduct of the affairs of these members.

The term “Offshore Energy” refers to:

(a)  the members of the Union employed in the offshore energy industry, including offshore supply boats and installations and associated diving operations, including those who were formerly members of the Offshore Industry Liaison Committee who were similarly employed;

(b) the representative bodies, and their officers, established or elected in accordance with these Rules, for the governance and conduct of the affairs of the members.

The term “Maritime” refers to:

(a) Members of the Union employed in the Shipping and Offshore Energy categories as defined above, together with those employed in Docks, Ports and waterways. 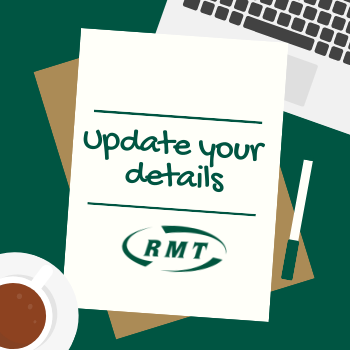