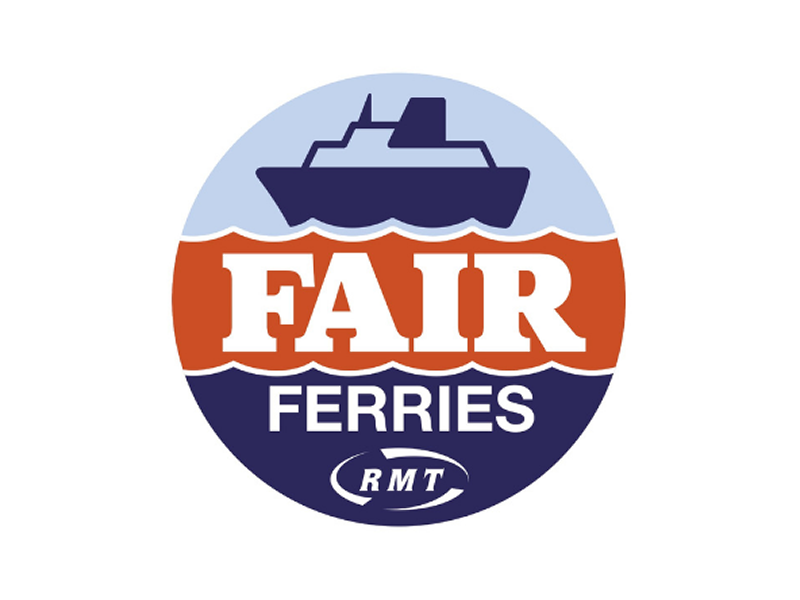 Following the illegal sacking of 800 P&O workers the union has launched a campaign for fairness on ferries.

Ever since this destructive action was taken by P&O, the government has claimed to be taking legal action against them. Ministers have also supported the unions’ call on P&O to reinstate the dismissed seafarers on their original terms and conditions. As part of that fight for justice the union has launched a political and industrial Fair Ferries campaign which reestablishes collectively bargained terms and conditions agreed with the union as the minimum employment standard for Ratings on international ferry routes from UK ports.

Permanent employment, pensions, safe roster patterns and Ratings apprenticeships will also be campaign demands with the aim of eradicating the low-cost crewing model from the ferry industry. This includes all ro-ro, ro-pax and lo-lo vessels and covers thousands of Ratings jobs on international routes from UK ports. The union has been in detailed discussions with government and ferry employers over a framework agreement in the ferries sector that supports collectively bargained rates of pay, high safety standards, safe roster patterns, Ratings training and full pension rights.

The government has announced nine measures in response to the P&O scandal summarised below:

1. Engagement with governments on international ferry routes from the UK, particularly Republic of Ireland, France, Netherlands, Denmark,
Germany and Belgium to agree common pay and other standards through dialogue with seafarer trade unions.

2. Give UK Ports legal powers to refuse access to ferries crewed with seafarers paid below the NMW through the Harbours Act 1964.

3. In the interim, write to all ports instructing them to deny access to ferry operators that pay seafarers below the NMW.

4. Increased resources to HMRC for NMW enforcement in the ferry sector.

5. A review of Maritime and Coastguard Agency enforcement policies, including in relation to the P&O fleet.

6. A new statutory code on Fire and Rehire.

7. Insolvency Service asked to consider disqualification of Peter Hebblethwaite as a director of P&O or any other company.

8. An international minimum wage for seafarers and improvements to training.

9. Tonnage Tax to increase the number of ships on the UK Flag and protect seafarer welfare standards. A lot of this was bluster and there are no existing powers to enforce the NMW on international ferry routes.

Whilst these new measures are introduced, with your union’s direct input, RMT will continue to hold the government to account for rates of pay, roster patterns and other conditions at the likes of P&O Ferries, Irish Ferries, Condor Ferries, Seatruck and Cobelfret.

However, establishing the NMW as a wage floor and agreeing collectively bargained pay and conditions for all seafarers is a central aim of the Fair Ferries campaign and aims to hit back at P&O’s illegal assault on our members and their families.

RMT general secretary Mick Lynch said that this rank injustice would not be brushed under the carpet and RMT is also demanding that the government close the loopholes in employment legislation that P&O exploited to ensure that this shameful act can never again be visited on seafarers or any other workers.