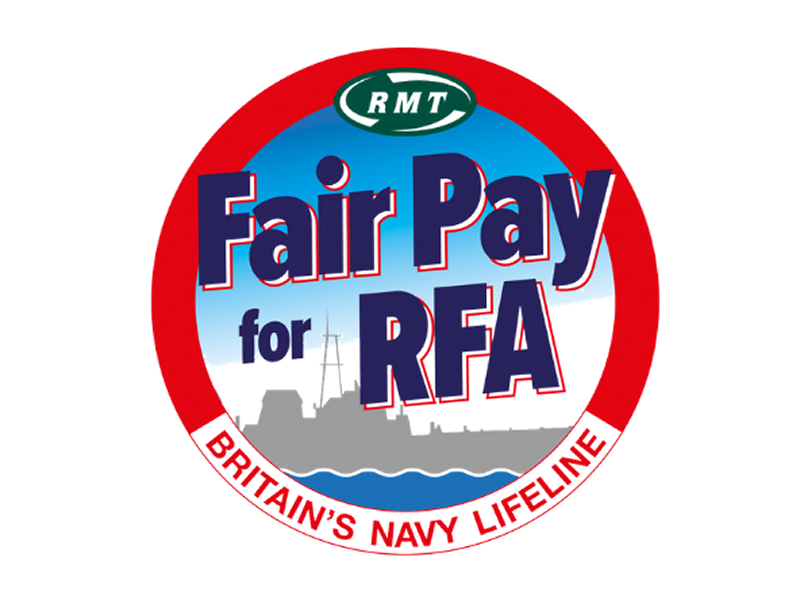 Merchant Navy Ratings and Officers employed on Royal Fleet Auxiliary (RFA) ships play an essential part in protecting the UK’s strategic and security interests, yet they have suffered a decade of pay cuts.

Without them, the Royal Navy’s ability to tackle international crime, natural disasters and security threats across the world would be dangerously constrained. Yet RFA’s civilian seafarers have had a decade of pay cuts, restraint and freezes which are affecting morale, as well as recruitment and retention, whilst austerity for armed forces personnel, including in the Royal Navy has finally been lifted.

Write to your MP HERE asking them to support the Fair Pay for RFA campaign which calls for civilian seafarers in the RFA to be awarded a fair pay increase.