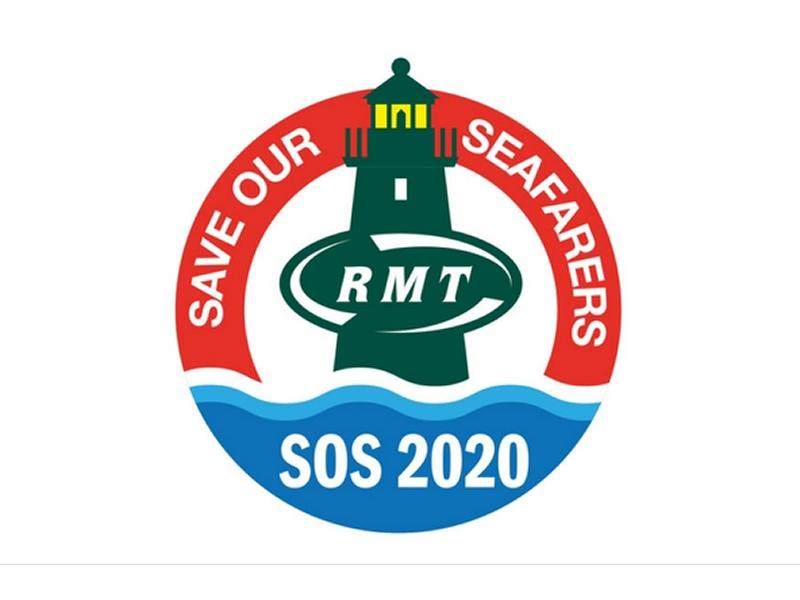 The union is stepping up the fight for the future of our seafarers with the new campaign SOS2020. The year 2020 was selected as this is when thousands of the UK ratings working today will retire and the government cannot let the industry get away with engineering the extinction of UK ratings, from which they would stand to profit.

Seafarers are central to the national economy, with shipping accounting for 95% by volume and 75% by value of the UK's international trade every year. 21 million passengers were carried in 2015 on international short sea ferry journeys from or to UK ports, more than the number of passengers that used the Channel Tunnel last year and not much below the total number of passengers carried each year by the entire international cruise industry which has grown 21% in the last five years.

Unregulated competition and the growth of Flags of Convenience over the last 30 years have seen UK seafarers in the merchant navy steadily replaced by non-UK seafarers, on lower rates of pay. In the early 1980s there were 30,000 UK ratings in the Merchant Navy. We were down to 8,830 by June 2015 and this does not account for the job losses and social dumping on Offshore Supply Vessels in the North Sea since then.
Overall 50% of UK ratings today are aged over 40 years but that figure rises dramatically in deck and engine to 74% and 76% respectively. 66% of General Purpose ratings are aged over 40 years. The overall figure is driven down by Catering & Hotel/OBS ratings, only 38% are aged 40 or over and they account for over half of all UK ratings.

The union has not been idle in the face of this decline. As well as fighting for improved equality and employment protections that would block employers from discriminating against foreign crews through lower pay, we constantly impress upon industry and government the need to increase jobs and training for UK ratings. This has secured reform of the Tonnage Tax to include ratings and the government continues to provide funding through the SMarT scheme to train UK ratings. But industry is resisting these opportunities to train UK ratings, whilst benefiting from the Tonnage Tax to the tune of millions every year and by over £1.6 billion in total to date. We have been clear in our demand from government – get a better deal from Tonnage Tax shipowners for UK seafarers and the national economy.

International maritime trade is expected to double over the next 20 years, especially on Pacific Ocean routes. This increase will absorb a lot of the current global surplus of 119,000 ratings and the SOS2020 campaign will demand that government tells the shipping industry to dramatically increase the number of trainee ratings. They should not need to be told that this measure is desperately needed, as well as clearly being in our national interest but the RMT will keep telling it like it is until the decline in UK ratings is reversed.

The SOS2020 campaign unifies all the union’s areas of political activity in the shipping industry, from the fight to apply the protections of the National Minimum Wage to the demand for seafarer health and safety reps to be afforded the same statutory rights as their onshore colleagues. RMT will step up the fight against employers that exploit foreign seafarers and discriminate against UK seafarers. Companies like Seatruck, profiting from public contracts whilst paying seafarers under £5 per hour, undermining collectively bargained rates of pay and excluding local seafarers. Companies like Irish Ferries, paying out £16m dividends to private shareholders off the backs of seafarers paid below the UK and Irish minimum wages. And companies like Stena, DFDS and P&O, claiming to be committed to UK and Irish seafarers whilst practising social dumping.

The government’s policy is to double the number of ships on the UK Register by 2020 and it has a strategy for maritime growth in place which emphasises seafarer training. The SOS2020 campaign will capitalise on these policies by demanding that growth in the UK Register and the appeal of the Tonnage Tax to shipowners result in more jobs and training on those vessels for UK seafarers.

We will also use reform of government support for maritime training to argue for full take up by industry of the annual allocation (c£100,000) for ratings training and then for an increase in that allocation.
The successful campaign to defend CalMac ferries from privatisation is a beacon of light in the UK shipping industry and through the SOS2020 campaign the union is determined to replicate that success, in the form of more jobs and training for UK seafarers in a safer and better regulated maritime industry. 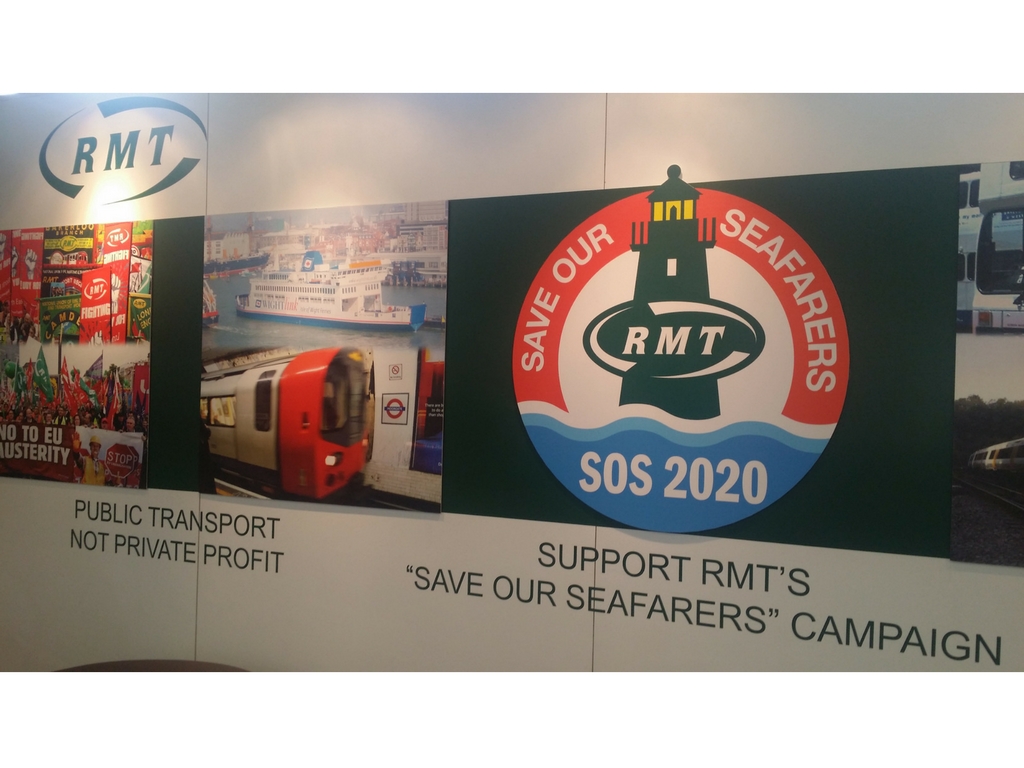 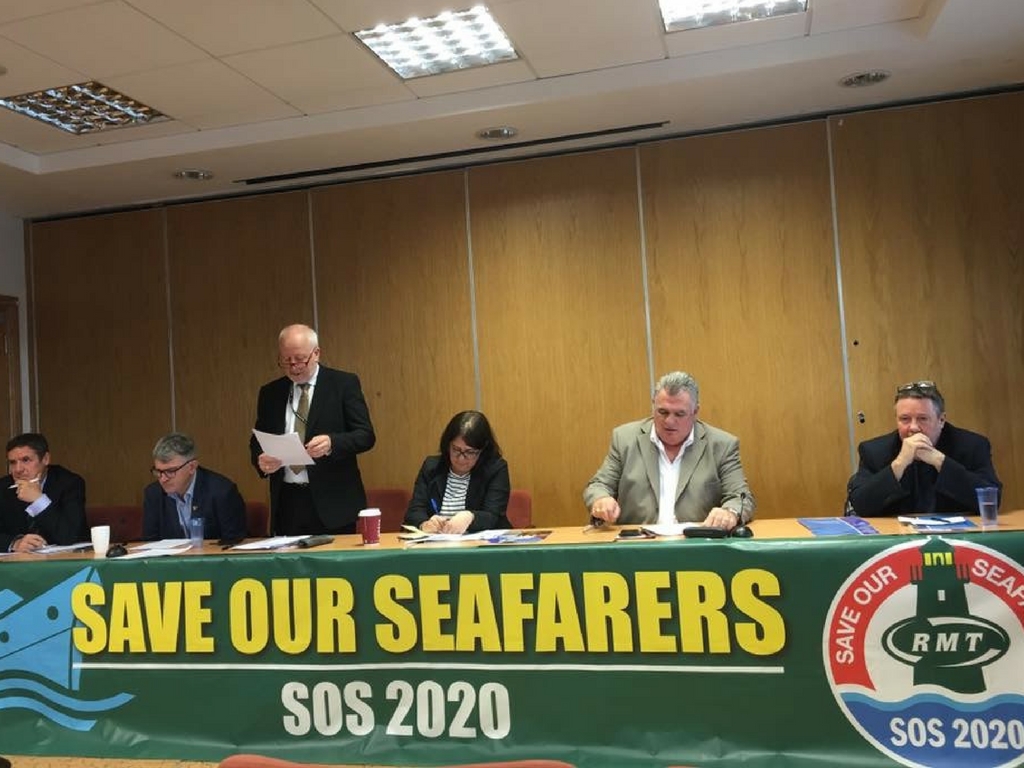 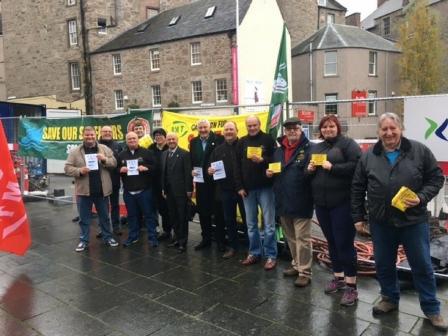 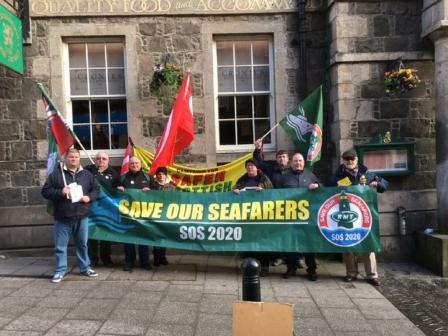 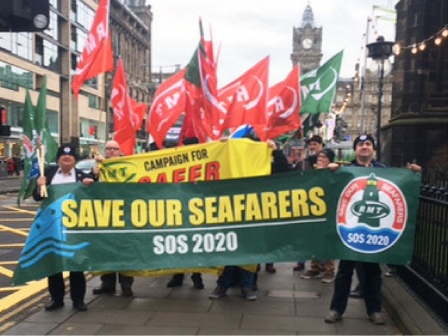 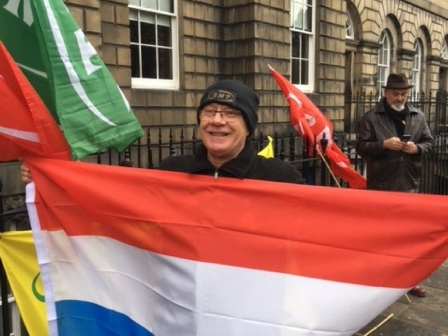 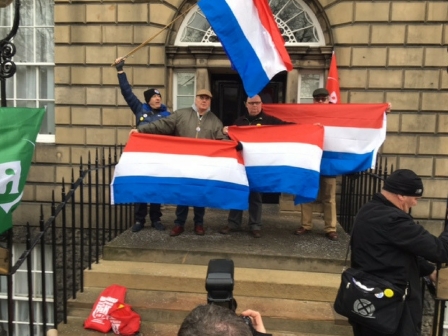 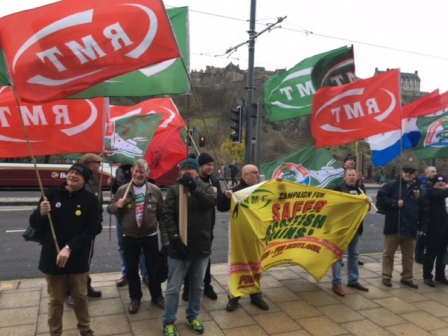 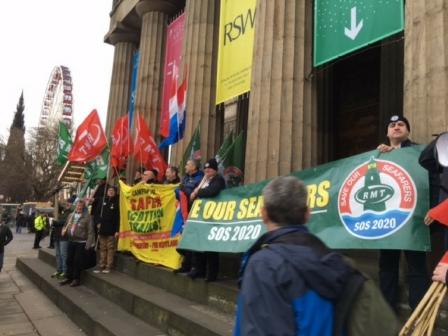 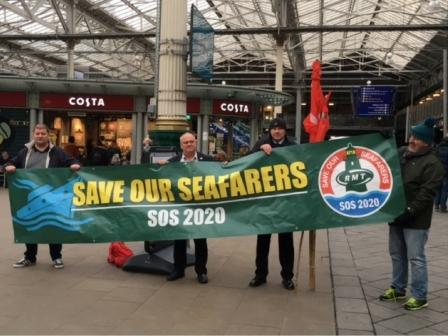 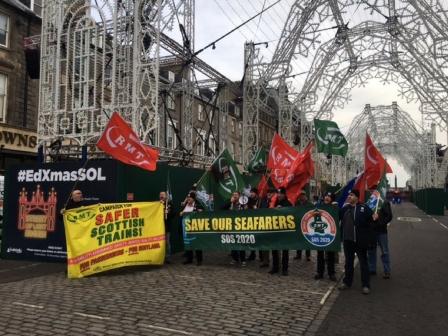 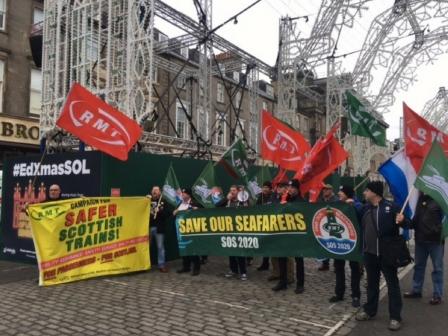 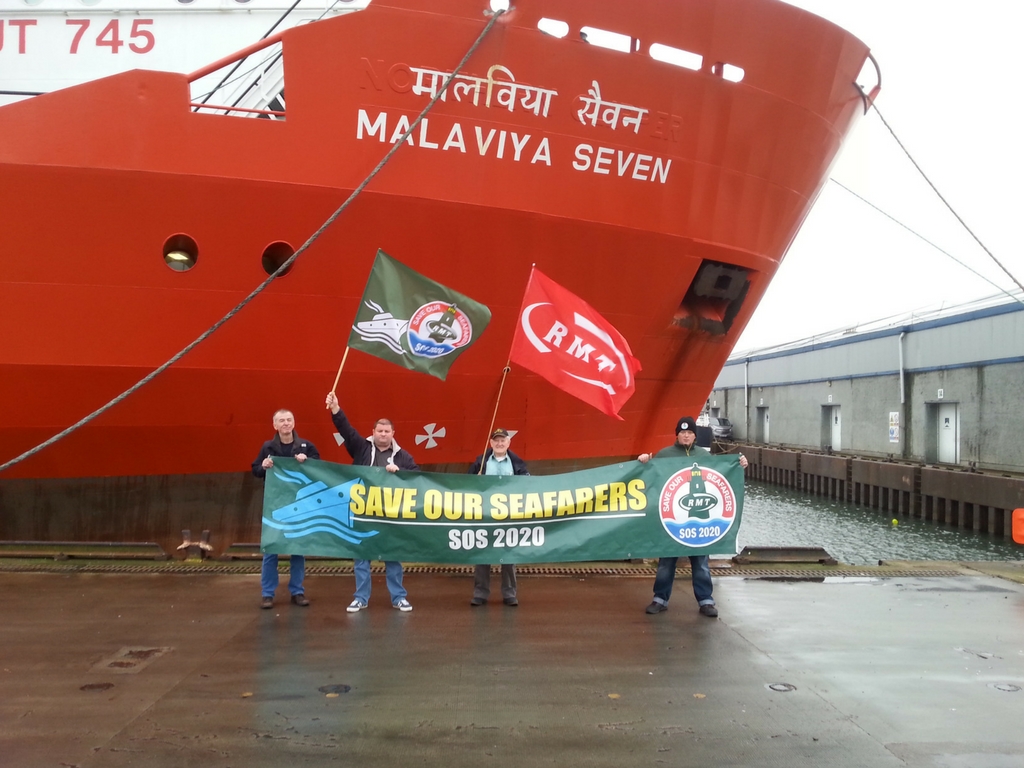 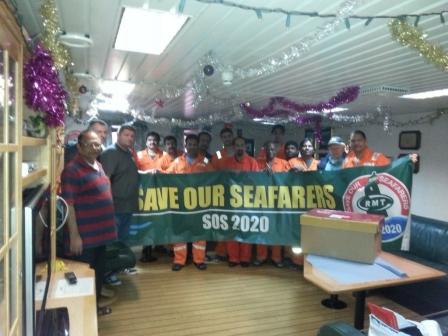 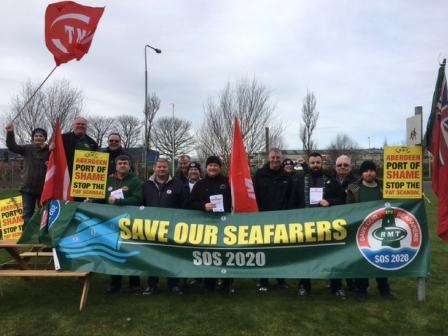 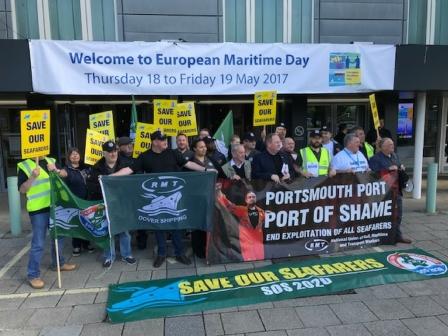 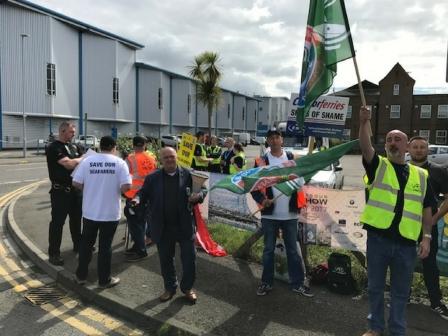 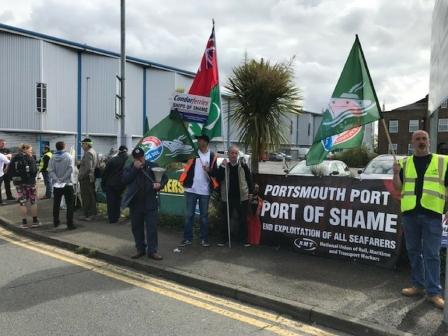 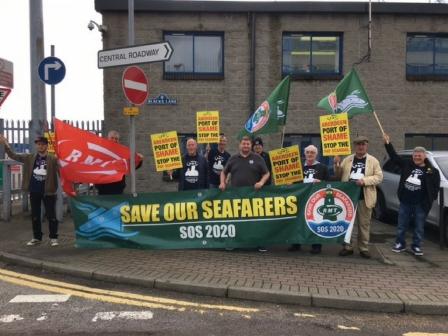