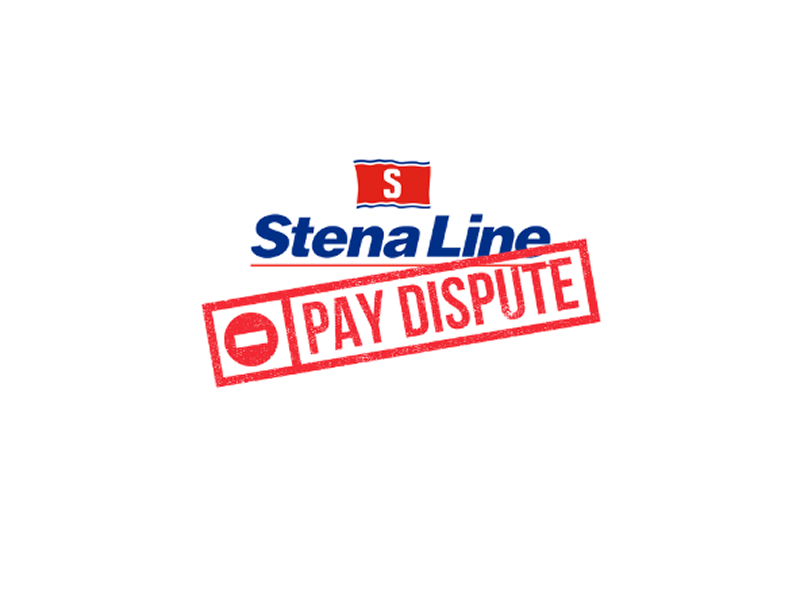 RMT is balloting its members over Stena Line’s offer to re-introduce a Company Sick Pay scheme of inferior value compared to the scheme the employer scrapped at the start of the pandemic.

Please contact your MP and urge their support HERE

We are nearly a year into the pandemic, with over 117,000 deaths and over 4 million cases of Covid-19 infection in the UK to date. Coronavirus has distorted all our lives and I want to pay tribute to the seafarers and port workers who have kept hospitals and shops supplied throughout this crisis. At the same time, I want to bring to your attention the behaviour of Stena Line, one of the country’s biggest ferry companies, toward its own employees during this unprecedented public health crisis.

A matter of days after the UK Government’s first lock down began on 24th March 2020 Stena Line announced that the company sick pay scheme for seafarers and port staff, agreed with the recognised trade unions, would be scrapped. Stena Line workers forced to self-isolate and those who contracted the disease were faced with trying to live on Statutory Sick Pay rather than the superior scheme previously agreed with the employer.

Stena Line has also offered loans to staff forced to self-isolate on SSP, adding to key workers’ long terms debts. And some ferry crew were unsure if they would even be able to claim SSP, the legal minimum, due to the extra complexities caused by Stena Line’s decision to register their new Irish Sea fleet in Cyprus.

Shortly after this, Stena Line announced the loss of over 200 jobs for directly employed and temporary seafarers, across all four countries of the UK. At this time, Stena Line operated critical freight services on the same routes, under contract with the Department for Transport for a 12 week period from 9 May 2020, for which it was paid over £1m.

Pre-Covid, only 33% of seafarers in the UK shipping industry were UK residents and it is essential that the remaining Stena Line staff being supported by the taxpayer via the furlough scheme are not let go.

Returning to the sick pay issue, there were major outbreaks of Covid-19 infection at the end of last year amongst crew on the relief vessel Stena Horizon and on the Cypriot flagged Stena Edda, between Belfast and Birkenhead, raising serious concern that Stena Line’s policies were making symptomatic key workers attend work rather than self-isolate – a gamble that no worker should be forced to take by their employer at any time, let alone during a deadly pandemic.

Currently, the RMT is balloting its members over Stena Line’s offer to re-introduce a Company Sick Pay scheme of inferior value compared to the scheme the employer scrapped at the start of the pandemic.

The employer’s attack on its own workers contrasts with the Government’s regular praise for key workers in the roll-on roll-off ferry and ports industries. It has left seafarers and port workers with the feeling that Stena Line neither respects nor trusts them. This is an intolerable and unsutainable industrial situation which is entirely of Stena Line’s own making.