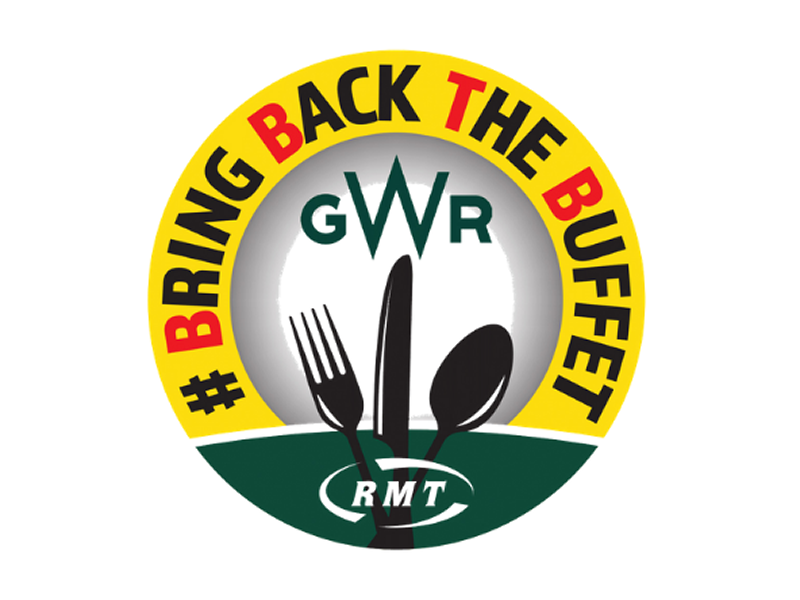 Provide passengers on the GWR route with a proper catering service by reinstating the buffet car in all new Intercity Express Trains from which it has been removed.

Why is this important?

Great Western Railway (GWR) has started the roll out of its new Intercity Express Trains servicing various routes including long distance ones such London to Penzance and London to South Wales. Despite GWR’s claims that the new trains provide passengers with ‘more space, more comfort’, its actions tell a different story.

With a total disregard for the passenger experience, GWR has removed the buffet car from its new trains. On-train buffets provide passengers (who often travelling long journeys) with a proper catering service that has the option of hot meals and can be accessed at their convenience.

When the trains were in design, the RMT consistently warned the Government and GWR that the removal of the buffet car would lead to a deterioration in the service for passengers. Despite this, GWR has ploughed ahead and replaced it with a trolley service, which of course can only provide passengers with a much more limited choice.

Coupled with passenger concerns about the lack of comfort in the new trains , it is clear that GWR has chosen profit over the passenger experience. This is despite the fact that rail passengers in the UK pay the highest rail fares in Europe.

The publically owned LNER franchise, which operates the East Coast mainline, is also introducing a new fleet of the same Intercity Express Trains – however, a key difference is that all of the new LNER trains retain the buffet car. This makes it clear that the lack of a buffet service in the GWR trains is purely down to a lack of will on the part of GWR.

The dedicated GWR catering staff rightly recognise that their passengers deserve a proper catering service on the new trains and therefore the RMT is demanding that GWR reinstates the buffet car in all of its Intercity Express Trains without delay.

Furthermore, to safeguard the provision of the buffet service on the Greater Western route, the Department for Transport (DfT) must ensure that future franchise contracts specify a requirement for the buffet car.
Please sign this petition and share it widely as part of the campaign to #BringBackTheBuffet