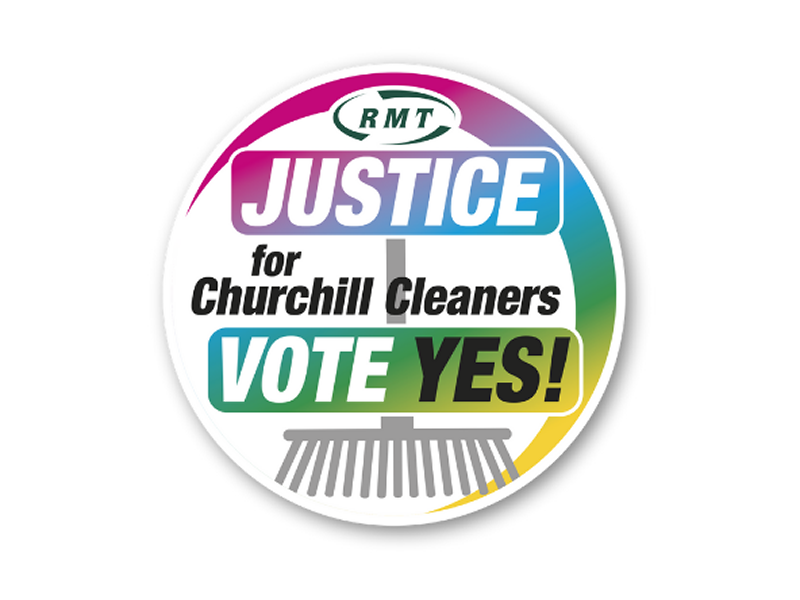 Justice for Cleaners – Fight for £15

Pickets out in force across the Southeast

Hundreds came into London on coaches and trains to attend a mass rally outside the Houses of Parliament where they were joined by a host of MPs including Jeremy Corbyn and the Labour MPs Ian Lavery, Apsana Begum, Richard Burgon, Grahame Morris, Andy McDonald, Kim Johnson, Rachel Hopkins, Nadia Whittome, Tony Lloyd, Chair of RMT’s Parliamentary Group Ian Mearns and Shadow Transport Minister Sam Tarry. Messages of support were sent from many other MPs on social media. 24 MPs have also signed a motion in Parliament supporting the Churchill cleaners’ campaign: Fair pay and conditions for rail cleaners - Early Day Motions - UK Parliament

After the rally, the Churchill cleaners marched on the Headquarters of the Go-Ahead Group who control the franchise on the Thameslink, Southern and Great Northern franchise for a short rally demanding that Go-Ahead meet our reps.

The strike was covered in London’s business paper City AM: Rail cleaners take the streets in biggest strike ever (cityam.com) and the campaign has also featured in the Morning Star: Hundreds of cleaners to strike for pay justice on London railways | Morning Star (morningstaronline.co.uk) and rail industry paper RailNews: Striking rail cleaners protest outside Parliament | Railnews | Today's news for Tomorrow's railway as well as several regional papers. Messages of support were sent from the Communication Workers’ Union, the People’s Assembly Against Austerity and many other organisations. Congratulations to every RMT member who took part in this historic strike, the largest ever involving rail cleaners. It’s just the start. This campaign is going to get bigger.

RMT members working for Churchill on Govia Thameslink Railways, HS1, Southeastern Railways and Eurostar are taking strike action to win justice for cleaners.
You are essential workers – You’ve done your duty throughout the Covid crisis. Now you deserve justice.

On this page you will find resources for the ballot campaign – share them with your colleagues.

Now is a great time to sign up your colleagues. They won’t be able to vote in the ballot, but they will make the action we take stronger.