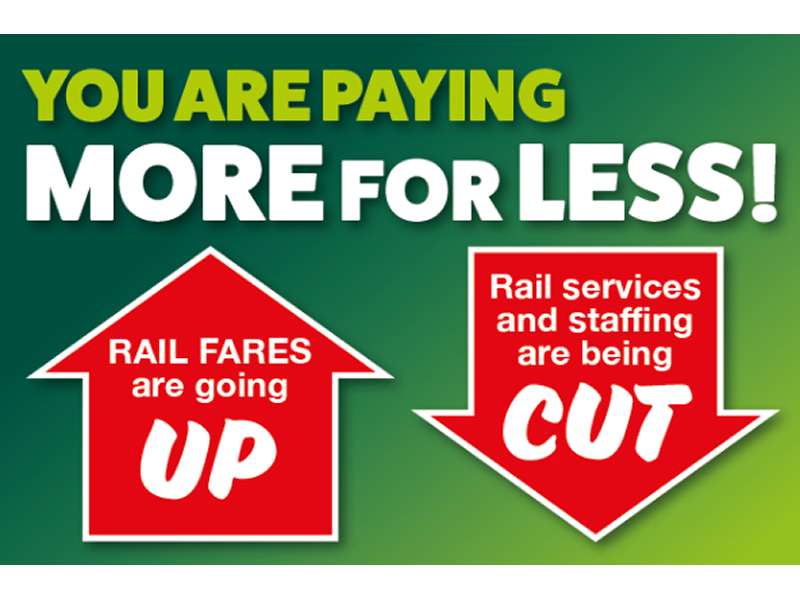 Sign our petition  and write to your MP to demand fair fares and a properly funded railway that protects rail services, staffing and the climate.

While the public are facing a cost-of-living crisis, these fare rises are being used to fund the profits of the private train companies who have paid out more than £2 billion in shareholder dividends over the same period.

Now the Government and rail bosses are looking to slash rail services and cut thousands of jobs. Staffing at stations, on-trains and on safety critical infrastructure are under threat.

There will be fewer rail services, and the railway will be less safe, secure and accessible.

Passengers will be paying more, for less.