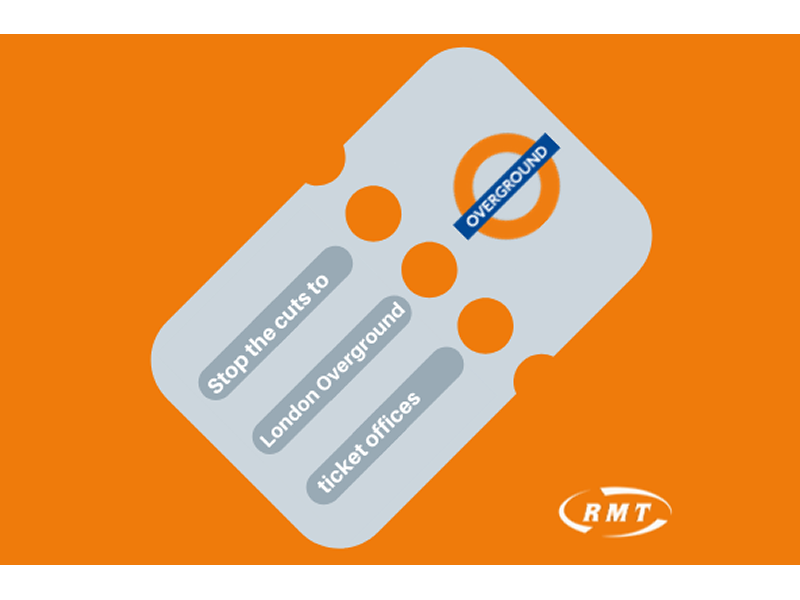 In 2018, London Overground, which is owned by the German State Railway, proposed to close 51 ticket offices across the network.

London Overground claimed that this would improve the service. However, the RMT firmly believed the closures would be detrimental to passengers, risking station safety, security and accessibility and impeding the range of tickets and services available.

There was an overwhelming response to the RMT’s campaign from passengers, with over 6000 people opposing the closures. This led to the Mayor to announce in April 2019, that the ticket offices would remain open.

HOWEVER, London Overground is instead planning to cut ticket office hours at 45 stations across the network. In many cases the ticket offices will be open just 2.5 hours in the morning Monday – Friday. Many ticket offices are facing cuts of over 80% compared to their current hours.

To receive postcards and leaflets to hand to passengers on the day of action, please email Sophie Ward (s.ward@rmt.org.uk) with the name and address to send the materials to and the station name and times when you will be leafleting. 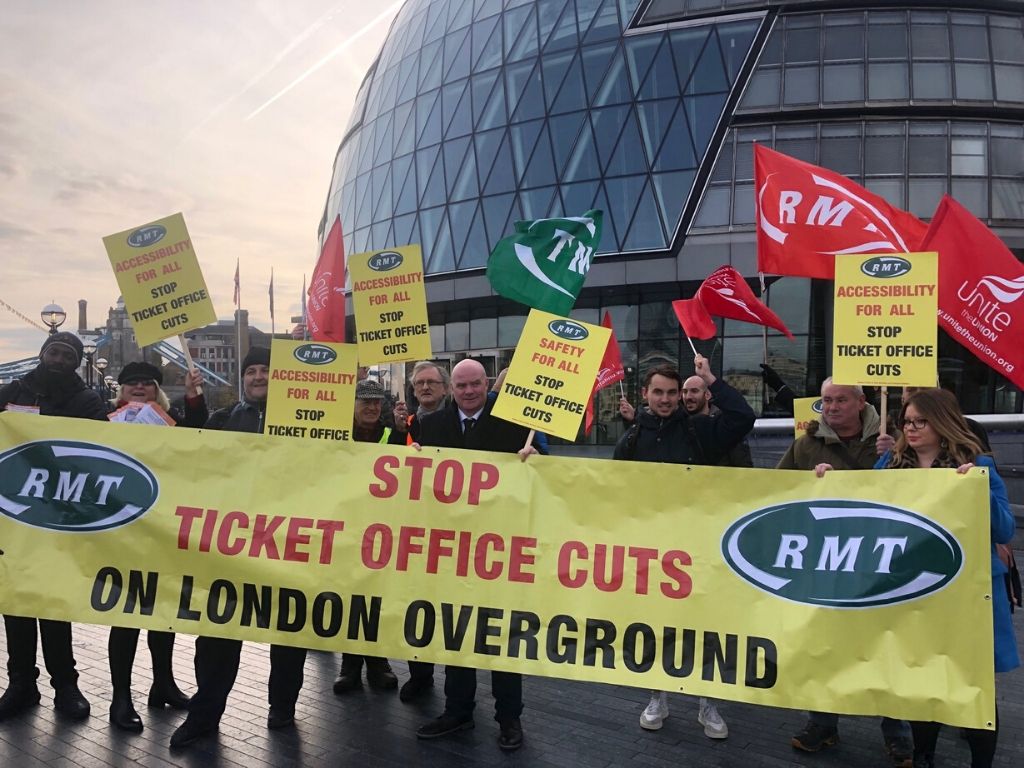 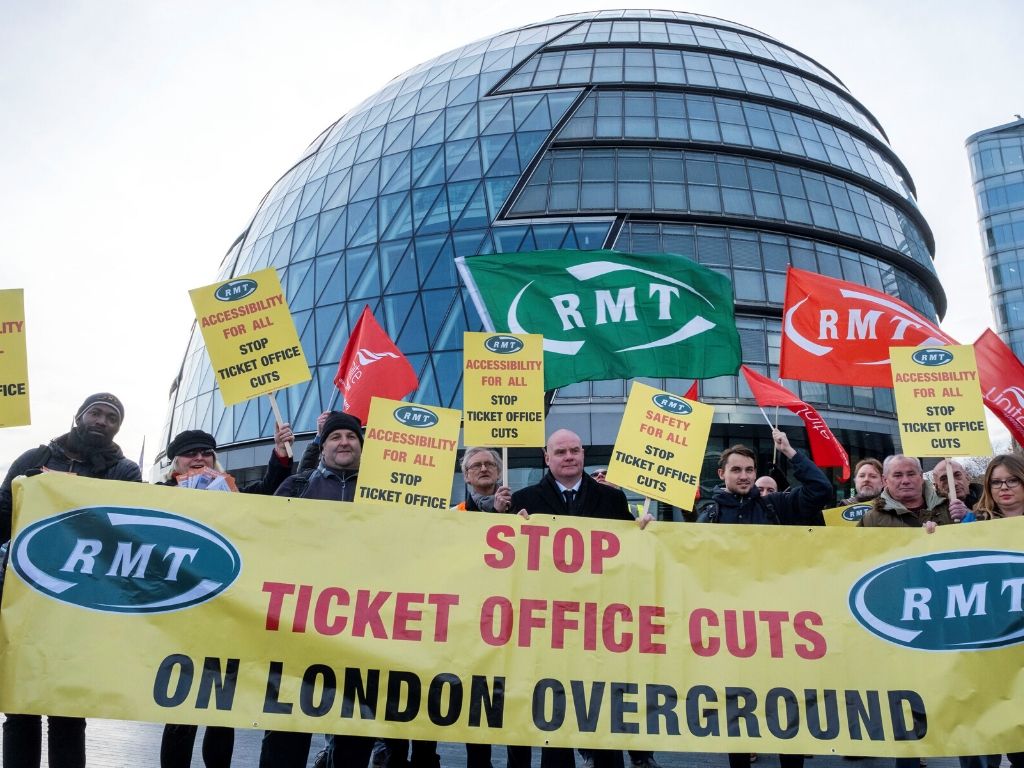