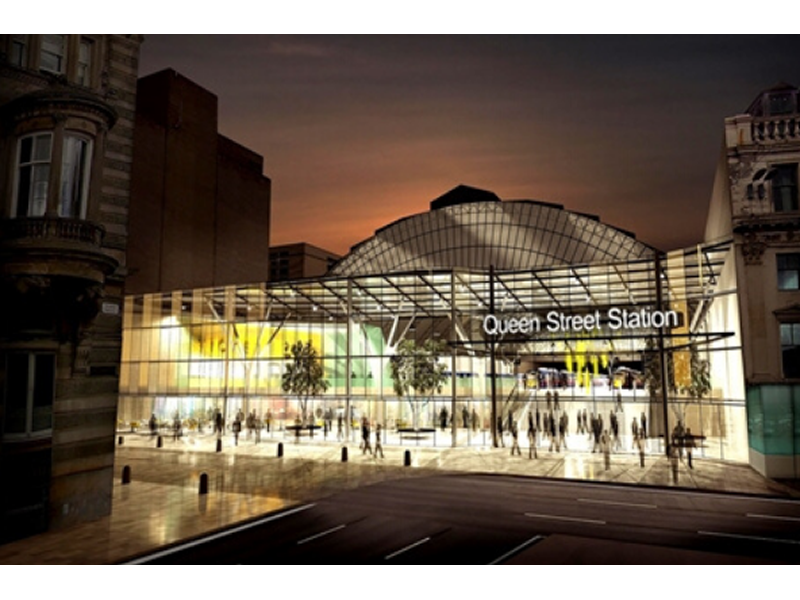 Abellio Scotrail is planning to cut the number of ticket selling windows by two-thirds at one of Scotland’s busiest railway stations, and move travel shop staff away from the safety and security of a fully glazed screen to open plan ‘pods’. The RMT believes the proposals will be detrimental to passengers and risk staff safety and security, particularly in the Covid-19 era.

Why this is important:
Glasgow Queen Street is Scotland’s third busiest railway station, with over 17m entries and exits in 2018-19. For the last few years, the station has been undergoing redevelopment.
Prior to the redevelopment, there were six ticket selling windows at the station’s Travel Shop, in addition to a second ticket office, which has been permanently closed. Under temporary arrangements during the redevelopment, there are four ticket selling windows in the travel shop.
However, under Abellio Scotrail’s plans for the redeveloped station, there will be just two open plan ‘pods’ replacing the six ticket selling windows – a reduction of two-thirds.
The RMT believes the proposals will be detrimental to passengers, particularly the disabled, elderly, and those requiring assistance services, and are an attempt to force passengers to use automated ticketing. The proposals also ignore the vital roles that staff in the travel shop play in addition to ticket sales such as seat reservations, answering queries and providing advice and ensuring passengers are not overcharged.
Staff will be far more exposed under the proposals, which remove them from the safety of a fully glazed screen to an open plan ‘pod’. The RMT believes it is irresponsible that Abellio Scotrail is progressing with these plans in light of Covid-19 and the need to ensure social distancing. At a time when retailers across the country are installing counter screens to protect staff and customers, it is astonishing that Abellio Scotrail is planning the converse.
Passengers will also be put at risk under these proposals, which will undoubtedly lead to increased queuing, due to the reduced number of service desks, and make it more difficult to enforce queue management due to the open plan setup and to ensure social distancing between passengers.
Station staff will also be much more vulnerable to abuse and violence under the proposed setup, and will not be able to retreat to a place of safety as easily as they can do currently. A recent survey of RMT members found that 70% of railway workers had experienced violence at work in the last year.
Please support this petition to ensure that detrimental proposals for Queen Street Station do not go ahead.