Stop the cuts to ScotRail services 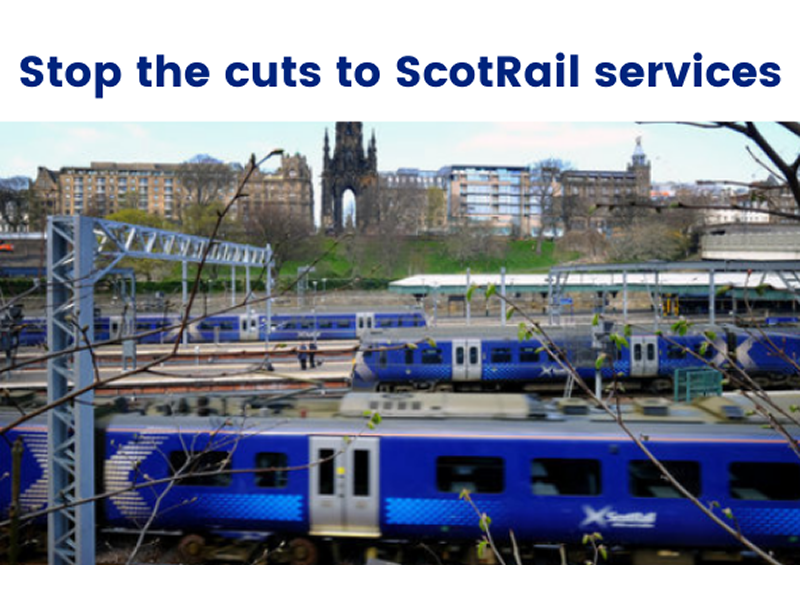 RMT is calling for Abellio ScotRail's proposals to cut 12% of services, or around 100,000 a year, to be withdrawn and for the Scottish Government to commit to protecting ScotRail services.

Failed ScotRail operator Abellio is currently consulting on proposals to slash ScotRail services by around 300 a day, or 100,000 a year. That's a cut of around 12% compared to pre-pandemic levels.

Abellio is consulting on the proposed timetable from May 2022, despite the fact that it will not even be operating the franchise by then, as ScotRail is coming into public ownership from 1 April 2022.

As Scotland gears up to host COP26 in Glasgow in just a matter of weeks, RMT believes it is unfathomable that the Scottish Government, which is already managing the franchise under its Emergency Measures Agreement, is overseeing drastic and damaging cuts to the sustainable, low carbon, rail network.

This will do nothing to make Scotland a ‘Net zero nation’ and will just push more people into cars, despite the Scottish Government's goal of reducing car kilometers by 20% by 2030.

It is clear these cuts will be bad for passengers and bad for Scotland's climate change goals.

RMT is calling for the Scottish Government to block the proposed service cuts and instead commit to protecting all services and jobs at ScotRail.