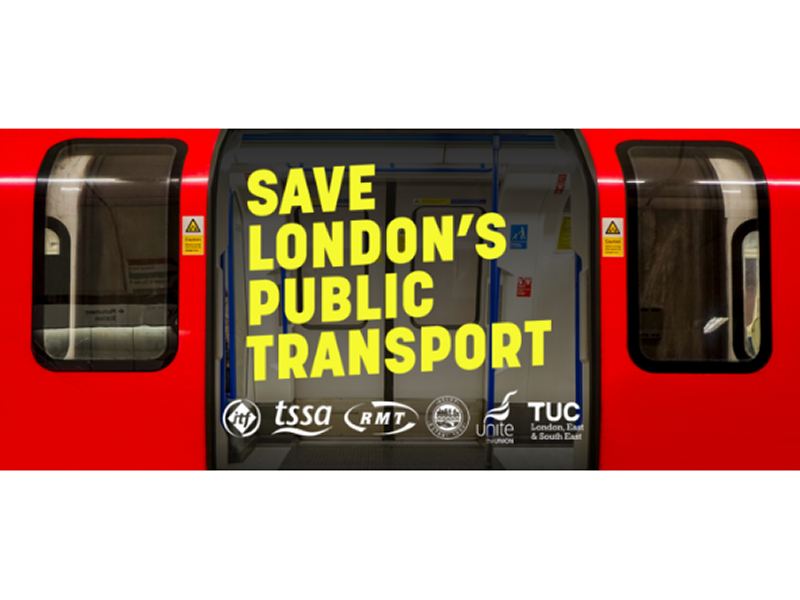 London’s public transport system desperately needs a proper funding settlement from the government - but instead, they are attacking it: threatening cuts to services, fare rises, and attacks on the TfL key workers who risked their lives to keep London on its feet during the pandemic.

Ordinary Londoners did the right thing during lockdown and stayed home, but this has led to spending on fares for London’s public transport drying up. London’ transport system is too dependent on passenger fares, far more so than most global cities, where government plays its part.

The government is now grudgingly offering extra funding, but that support looks set to come with disastrous strings attached - strings that will be bad for anyone who works or travels on London’s public transport.

But our public transport system is vital to getting Londoners moving after the pandemic. It’s vital to the national recovery from Covid, and it’s vital to creating a sustainable, green future.

If you believe that London’s commuters and key workers deserve a world-class public transport system - not job cuts, attacks on conditions of employment and fare hikes - then sign the petition now.