3 in 4 Tube staff subjected to violence 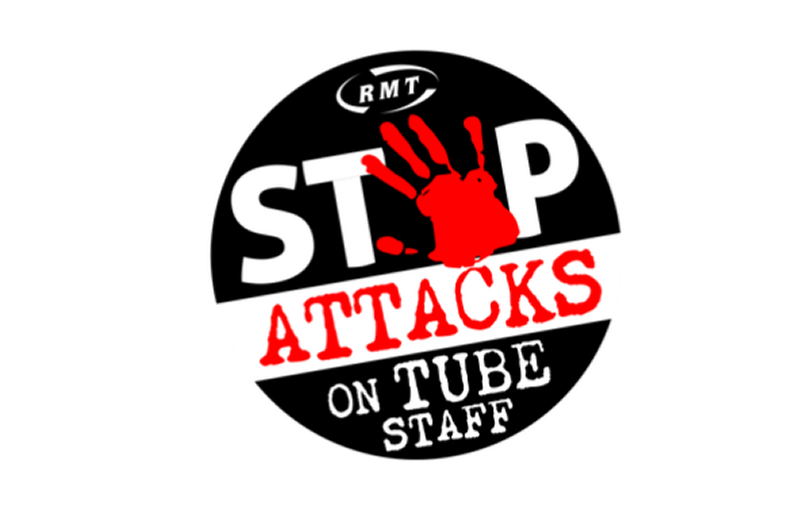 3 in 4 London Underground and TfL staff subjected to violence at work during Covid crisis, survey shows.

76% of staff in public facing roles on London’s Underground and TfL rail networks have been subjected to violence at work since the pandemic began, according to a new RMT survey, with half of these reporting that it has happened multiple times.

The results of the survey, published in a new union report, show that more than half of staff reported being threatened with physical violence, 28% reported being racially harassed, 14% reported being spat at or targeted with bodily fluids and 7% had been sexually assaulted.

60% of the staff responding to the survey said they believed that violence had got worse since the pandemic with the biggest reasons given being the reduced presence of British Transport Police, the failure to take action against perpetrators, the responsibility to enforce Covid guidelines and cuts to station staffing.

A massive 82% were clear that the government’s mixed messaging around the lifting of Covid restrictions had made the situation worse for staff.

The union released the data just weeks before TfL’s deal with the government, which has entailed a series of attacks on staff pay, conditions, pensions and jobs, runs out and new funding package must be negotiated.

RMT General Secretary Mick Lynch said:
“Life on the front line of London’s transport has got harder and more dangerous for the keyworkers who have kept the capital moving during the Covid crisis.

“I don’t want to hear more condescending ‘thankyous’ from government ministers who are trying to drive down our members’ living conditions while sowing chaos in their shambolic response to the Coronavirus.

“We need a total sea change in attitudes toward staff in which we see them as central to rebuilding passenger confidence and to creating a safer working and travelling environment. We need all parties to wake up. The government needs to take its foot off London’s neck and properly fund its transport system and TfL need to start to see staff as an asset, not a cost.”

1.            The RMT’s survey results and testimony from the front line workers can be read in more detail here: https://www.rmt.org.uk/news/publications/tfl-and-violence-at-work-during-covid-19

“I’ve been ask to go back to my country, I was asked to speak English, also one lady came to me twice months apart and wished the Covid19 kills me. Just this week she came back because she doesn't want to pay for her journey, she said to me she wished I would drop dead before my retirement.”

“I was physically assaulted and injured and racially abuse myself on the station in the early hours on a February morning 2021.

“Been sworn at on several occasions. In one incident, I was threatened with stabbing.”

“They tried to pull my face mask off”.

“Spitting, threats to spit. General aggression from fare evaders who know there is very little to no revenue protection.

“Being sworn at every day and confronted with violence and aggression has become part of the job. We put up with it so we don’t escalate it. But it is 10 times worse since Covid. The main trigger is people not socially distancing or not wearing masks. The messages are vague and cause conflict amongst customers who expect us to intervene.”

“I was physically assaulted on a train whilst preventing someone fly-posting anti vaccination posters”.

“Lack of enforcement plus the mixed messaging from government made things worse.”

“People think they can do whatever they want and all restrictions are finished.”

“It’s probably because the public in general are going through a tough time themselves but that’s no excuse for their behaviour towards people that are only trying to help them.”