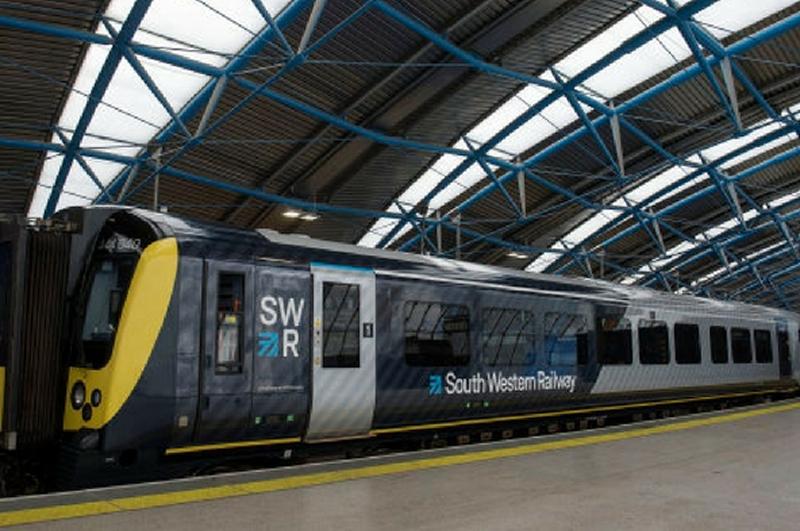 RAIL UNION RMT has confirmed that a further 48 hours of strike action goes ahead exactly as planned on South Western Railway on Friday 5th and Saturday 6th October as the company continues to refuse to engage in a serious talks process that could reach an agreement in the long running guards' safety dispute. ‎


The action was announced in the wake of a new ballot which took place under the terms of the latest wave of Tory anti-union laws where an overwhelming 88% of members voted to continue with the current action in defence of safety, security and access on SWR, proving conclusively that staff remain rock-solid in the campaign to defend safety, security and access on the railway.


RMT members on South Western Railway working as Commercial Guards, Guards and Train Drivers are instructed to not to book on for any shifts that commence between:-

“Our members on South Western Railway remain absolutely united and determined in the fight to defend safety, security and access on the railway despite cynical and repeated attempts by the company to undermine the morale of their own workforce.

“The company has continued to fail to provide any offer that comes close to resolving this dispute and their latest attempts at delaying talks has left us feeling angry and frustrated.

“There's a simple solution to ‎this dispute and it means SWR stop playing with words and negotiate the guard guarantee that reflects the best safety practice elsewhere in the industry. Our members have stood rock solid throughout this dispute and it's down to the company to get out the bunker and get serious talks underway.

“That is the package we have successfully negotiated in both Wales and Scotland and on a number of English franchises. It defies belief that we are being denied the same positive outcome on the South Western Railway routes.

“RMT thanks the travelling public for their continued support for their guards in a dispute which is solely about putting public safety before private profit.”