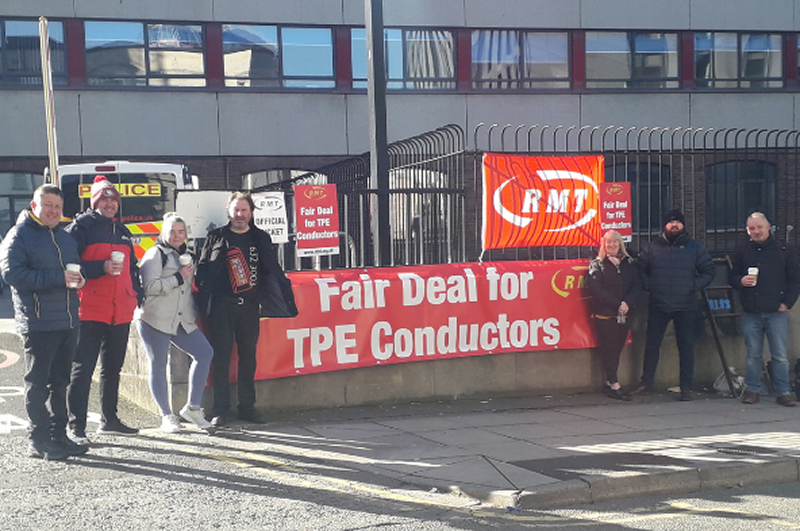 TPE conductors on major railway lines will take 48 hours of strike action in row over pay and Sunday working this Saturday.

The company has point blank refused TPE conductors' request to increase pay for staff coming in on their days off and Sundays.

This week TPE claimed there was no money in the budget to resolve the dispute but were then forced to admit they are paying out 3 times what conductors are asking for on daily basis - to managers to work on trains during strike days.

RMT has repeatedly pointed out that there are vastly different pay levels for conductors and other train crews for doing the same thing.

General Secretary Mick Lynch said: "This escalation of our rock-solid strike action will bring TPE trains to a grinding halt and the bosses only have themselves to blame.

"What our members are demanding would cost TPE less money than the loss of revenue resulting from strike action.

"The public will be severely inconvenienced by this strike, and they should direct their wrath at TPE for not settling the dispute.

"RMT remains open to talks about properly rewarding our conductors for the crucial role they play in keeping the trains moving."

The union is demanding enhanced flat payments of £250 for Rest Day Working (RDW) and £275 for working Sunday which were being paid to conductors are fully restored. This would cost the company a lot less than losses sustained due to industrial action.