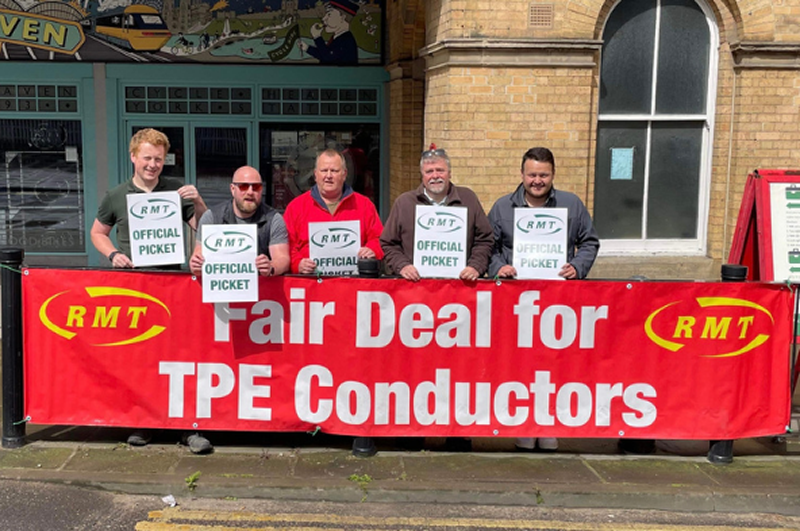 TPE conductors on major railway lines will take 48 hours of strike action from Saturday in row over pay and Sunday working.

The company continues to refuse TPE conductors' request to increase pay for staff coming in on their days off and Sundays.
However, this week it emerged, that TPE bosses have offered drivers an increase of 15% for working on their days off.
RMT has made it clear if the same offer was made to conductors, then this latest strike action would be suspended.
General Secretary Mick Lynch said: "The divide and rule tactics of TPE bosses are disgraceful and they need to understand that our members will not give in until they have a just settlement.
"Conductors, like drivers should be well rewarded for their work on TPE and if management behave reasonably, we can suspend the action this weekend.
"What our members are demanding would cost TPE less money than the loss of revenue resulting from strike action.
"We urge TPE bosses to think again and meaningfully engage with RMT."
Notes: For more background on this dispute, click  here.