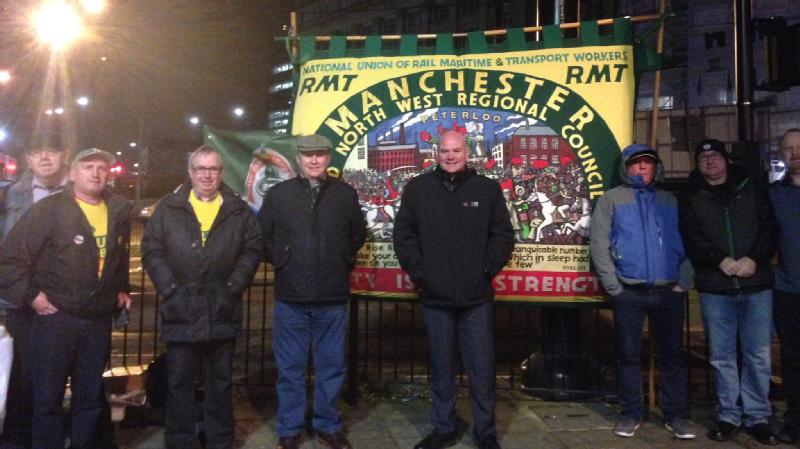 RAIL UNION RMT said this morning that strike action over rail safety and the role of the guard in four separate disputes on Northern,‎ Southern, Merseyrail and Greater Anglia is absolutely rock solid right aacross the country.

"RMT members are standing absolutely rock solid and united this morning in these four separate disputes as they make the case for safe, secure and accessible rail service for all. The public and workplace support right across the country for our train guards is nothing short of fantastic as we mount picketing operations at all key locations.

"These strikes are about safety. They are about putting the safety and security of the travelling public before the profits of private companies, profits that in the most part are shipped overseas to subsidise transport services in Europe. That is a national scandal.

"It is disgraceful that we have been unable to get serious and meaningful talks going in any of these four disputes and that points clearly to the dead-hand of the Government driving the faceless railway policy on purely ideological grounds and demanding that their contractors fall in line.

"RMT will not stand back while the guards, front-line staff when it ‎comes to safety, security and access, are thrown off Britain's trains for political and financial reasons."