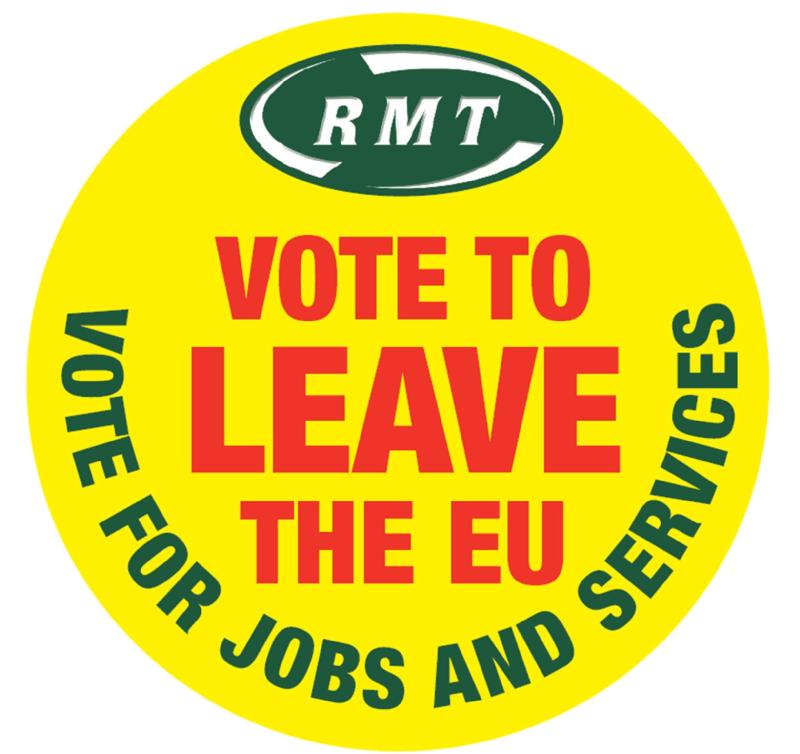 The European Parliament’s decision this week to back the opening up of all rail routes across the EU to more competition for private operators was just one more reason to vote Leave on June 23, transport union RMT said today.

Under the proposals in the EU’s so-called Fourth Railway Package, train operators would have complete access to the networks of member states to operate domestic passenger services.
The European Council had already agreed that mandatory competitive tendering should be the main way of awarding public service contracts.
RMT general secretary Mick Cash said that the failed Tory privatisation of rail over twenty years ago using EU directive 91/440 was now being imposed on 500 million people by EU diktat without a mandate.

“This rail package is designed to privatise railways across Europe and its proposals are remarkably similar to the McNulty report on the future of GB railways, imposing further fragmentation and attacks on workers.

“McNulty, the Tory government and the EU share the business-led mania for privatisation and agree on the need to jack up fares and attack jobs, pay and pensions to pay for it, no-one has voted for that.

“It is impossible to make changes to this privatisation juggernaut inside the undemocratic EU so the only solution is to get out by voting Leave on June 23,” he said.