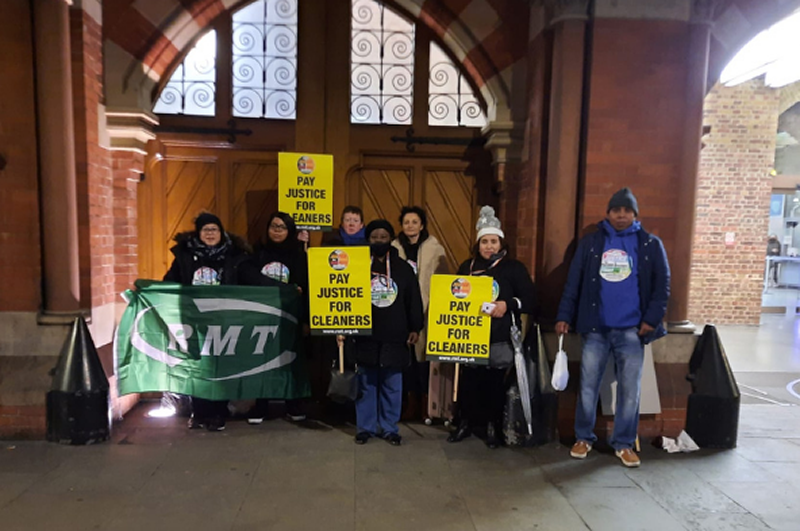 Hundreds of rail cleaners are out in force on picket lines this morning.

Hundreds of rail cleaners are out in force on picket lines this morning in the biggest ever coordinated wave of strike action in the fight for pay justice.

The cleaners, who are all employed by the outsourcing company Churchill and have worked throughout the Covid-19 crisis to clean trains and stations on Thameslink, Southern and Great Northern, Southeastern, Eurostar and HS1 services, have walked out for a 24 hour strike in the largest such action by rail cleaners yet.

The cleaners will also be taking their message to Parliament today, holding a rally opposite Old Palace Yard at 1045am where they will be joined by MPs and other supporters.

"The support from Churchill cleaners for the action this morning is extraordinary and shows that these vital members of the rail team are prepared to stand up and fight for workplace justice. Support from their colleagues on ‎the picket lines has given the action a massive boost.

"Pickets are out in force across London and the South East and it's now down to Churchill's and their host company's to take note and offer these key workers a fair deal. We remain available for talks."