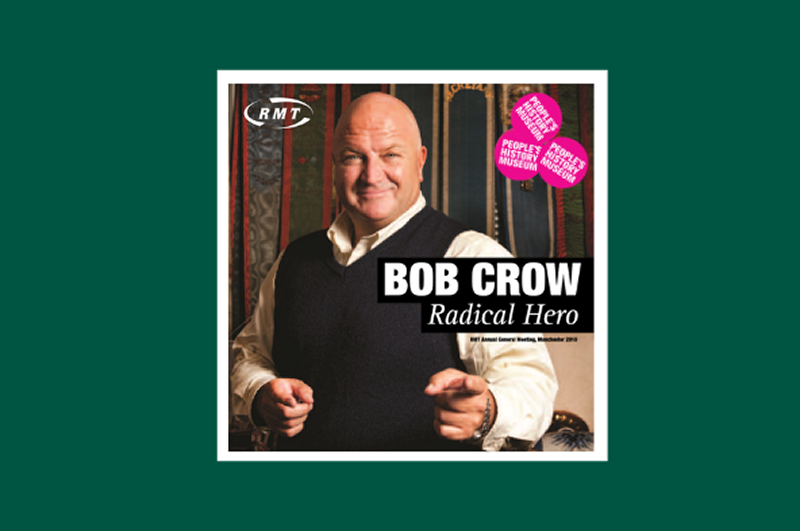 A tribute was launched today to the late RMT General Secretary Bob Crow, at a museum which charts the history of working people in the UK.

An exhibition of photographs at the People's History Museum in Manchester and a pamphlet, Bob Crow Radical Hero, was launched to coincide with the union's AGM in the city.

"No-one warrants the title Radical Hero more than Bob Crow and this tribute at the People's History Museum is just a reminder of what a giant of the trade union movement Bob remains.

"RMT is grateful to the People's History Museum in Manchester for putting together this exhibition which is a snapshot of Bob's life and work.

"It will serve as an inspiration to all of us carrying on the fight for economic and social justice that Bob led with such passion and success."