Britain’s rail commuters spend up to 5x more of income 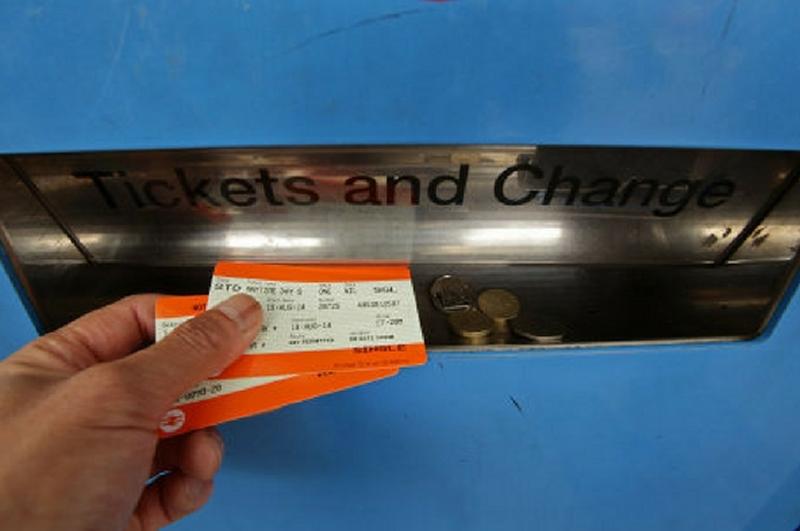 Britain’s rail commuters will spend up to five times more of their income than their European counterparts as a result of January fare hike.

Commuters on Britain’s privatised railway will be spending up to five times more of their income than their European counterparts who travel on publicly owned railways a new study by RMT has found.

The average UK commuter is spending over 10% of their income on fares, whilst some are having to spend in the region of 20% of their income on their season tickets. This includes the GTR Brighton to London route – which is part owned by French state rail – and the Arriva North Thirsk to Leeds, which is owned by German state rail. A list of the proportion of income on key commuter routes is attached.

The study also revealed that because 75% of the rail network (21 out of 28 operations – see attached) is operated by foreign owned companies the increase in fares paid for by British commuters from January onwards will go to subsidise cheaper fares and more journeys abroad.

For example In Germany commuters can pay less than the cost of many UK season ticket for a “bahn card” which enables them to travel at any time, including peak hours, on any part of the country’s 20, 710 miles of rail network, plus free local transport. This compares to lines operated by German state railways in the UK where commuter’s season tickets are limited to specified route to on average only 0.5 % of the UKs 9871 miles of rail network.

“It is bad enough that some UK commuters are now having to spend up to 20% of their income on fares.  It is even worse that our privatised rail system also means UK passengers pay a lot more than their counterparts, who travel on publicly owned trains in Europe, whilst at the same time the foreign owned rail companies who dominate in the UK are ripping off passengers to fund cheaper fares in Europe and around the world."

European fares comparison calculated by comparing a number of comparable routes in Italy, France, Spain and Germany to a UK. Routes and workings attached as table 1.

The UK network is  9871 miles, the German Network is 20, 710 miles. The Bahn Card costs £3753. According to Deutsche Bahn (German state railways) “With the Bahn Card 100 you pay a lump sum once and can then travel on any train without a ticket. Holders of a BahnCard 100 can use all local public transport free of charge in towns and cities covered by the City-Ticket.” This compares to the German state rail operated routes such as Oxford to London Marlyebone (Arriva Cross Country) where commuters pay £5087 per year to access around 60 miles of track to and from work or the Thirsk to Leeds route (Arriva Rail North), commuters pay almost £4190 per year to access that 47 miles of track to and from work.  Or, again, travelling with Deutsche Bahn on around 70 miles of track between Birmingham New Street and Nottingham (Cross Country) will cost £4053. The average of these three routes is 59 miles representing 0.5% of the UK Network.

Rail foreign ownership table 3 attached. Examples of foreign owned railways admitting their profiteering from UK railways include, a German Transport Ministry spokesperson admitting  “we’re skimming profit from the entire Deutsche Bahn and ensuring that it is anchored in our budget – that way we can make sure it is invested in the rail network here in Germany.” (see Rebuilding Rail by Transport for Quality of Life) and recent Dutch State Rail Annual Reports (2015 & 2016) reveal how much the Netherlands are benefiting from their UK transport operations as demonstrated by the following extracts:

“The passengers who use the train every day in the Netherlands must benefit from our achievements abroad.” Of their overseas rail operations, including the UK, that “the capital invested “is relatively limited while a return on investment is achieved of 18%. The expectation is that this will remain the case in the future.” “The revenue from passenger transport by rail in the United Kingdom provided by Abellio was €1,430 million in 2016.”