Broken promises over excrement on tracks 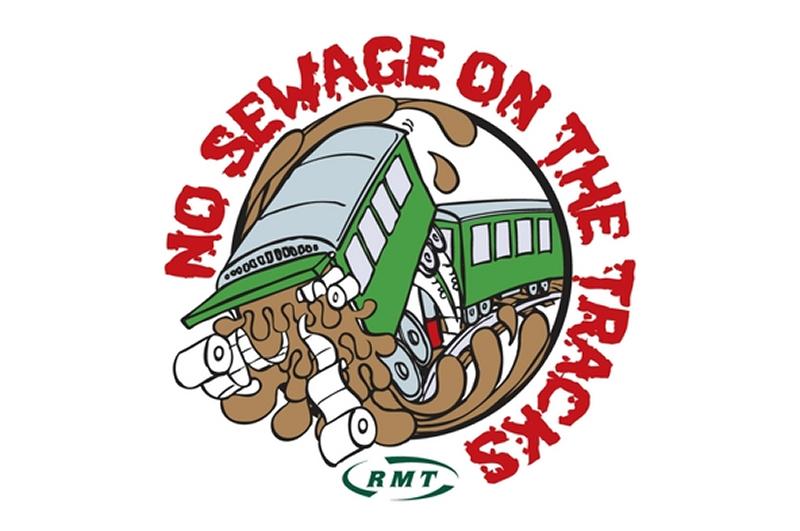 RAIL UNION RMT said today that revelations that train companies have reneged on a pledge to eliminate the dumping of excrement on the railway by the end of this year shows that profit is more important to them than the rail workers who will continue to have to work in disgusting unsanitary conditions amongst the raw sewage.

In 2017 the Department for Transport said that by the end of 2019 all franchises would compel firms to ensure trains had modern toilets, this was also confirmed in Network Rail’s strategic business plan.

It has now emerged that several train companies have applied for exemptions. East Midlands Trains have been given permission to continue to dump sewage on the track from fast trains running between London St Pancras to Nottingham and Sheffield. Other companies still understood to be operating trains that dump excrement on tracks include Northern, West Midlands, Scotrail and Transport for Wales.

“Our members were promised that this year would see the end of the filthy and disgusting practice of dumping raw sewage on Britain’s railways, a practice which sees track workers routinely sprayed with human excrement and fleet staff left to scrape it off the bottom of trains.

“The pledge to end the practice was hard won by RMT and the fact that it has been reneged on shows the utter contempt that the rail companies have for rail workers.

“The blame for this broken promise, which means the continuation of this disgraceful practice that shames Britain’s railways, lies at the door of the greedy train companies, and their reluctance to retro-fit tanks due to cost, and this Government and their appalling attitude to the staff who work in the transport industry.

“In the run-up to the general election RMT will be making an issue of this shameful Government sanctioned practice and there will be no let-up in RMT’s campaign to bring the dumping of raw sewage on the tracks to an end as soon as  possible.”