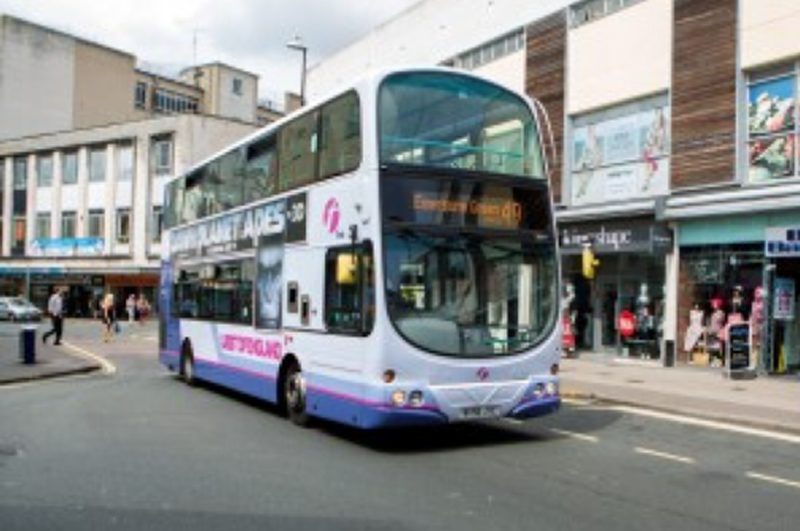 Bus union RMT have been alerted to the most inept steps they have ever seen from an employer to protect their workers from Covid 19.

After making strenuous representation to First South West Buses to fit suitable Perspex screens to their fleet of buses in order to provide a physical barrier between the driver and their passengers.

The company’s first action was simply to ignore the unions representations. What they then did just beggars belief. In a video shared with the RMT, what can best be described as a shower curtain has been screwed to the ceiling of the drivers cab and hangs well short of the bus wind-screen.

The union has had reports from our driver members that the curtain is so flimsy members of the public have been pulling it to one side in order to speak to the driver. This brings passengers into even closer contact with the driver and puts them at still greater risk.

General Secretary Mick Cash, in a letter to the company’s Managing Director, commented:

“My local Sainsbury are clearly far more concerned with the safety of their staff than you appear to be. Sainsbury have within 24 hours sourced and fitted to multiple check outs high quality Perspex screens that give a good level of protection and they were fitted to check outs at a maximum time of 20 minutes per unit.

"I would urge you to reconsider your approach to this matter and show that you can step up to protect your staff in this time of national emergency.”
RMT have also raised their general concerns over the bus industry’s approach to safety of staff with Public Health England who are conducting a review of transport safety in relation to Covid 19.

"RMT also has other concerns about the bus industry including issues for engineering staff in depots and the facilities provided for employees in mess rooms. Many bus drivers on rural routes have no access to facilities to wash their hands – a key risk control measure as advised by Public Health England."