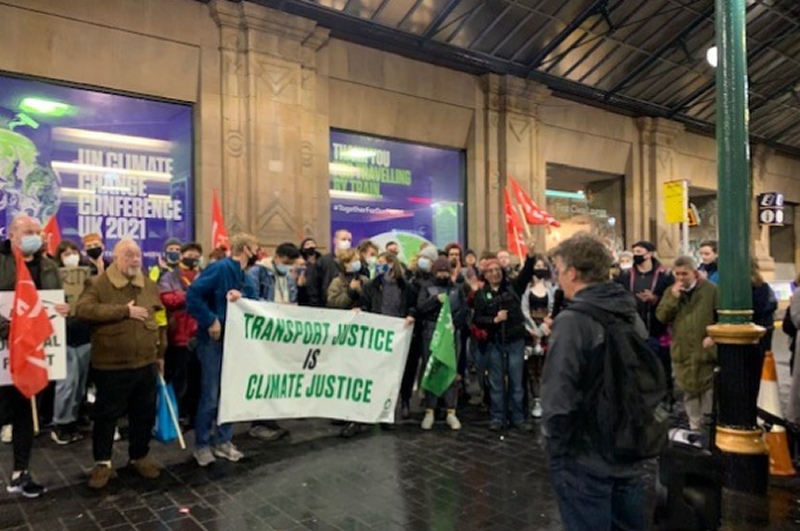 Pickets out in force as Caledonian Sleeper staff strike again in battle for pay justice.

RAIL UNION RMT ‎ said that pickets have been out in force at all key locations along the Caledonian Sleeper routes overnight as the workforce strikes again in their fight for pay and workplace justice.

"It's a scandal that SERCO and their political paymasters in the Scottish Government are leaving the sleeper staff out in the cold.

"There will be no sleeper services back to London from COP26 and the responsibility for that lies fairly and squarely with the company and those holding the purse strings.

"There can be no climate justice without workplace justice and it's time for a fair deal for the Caledonian Sleeper staff. The union remains available for further talks."