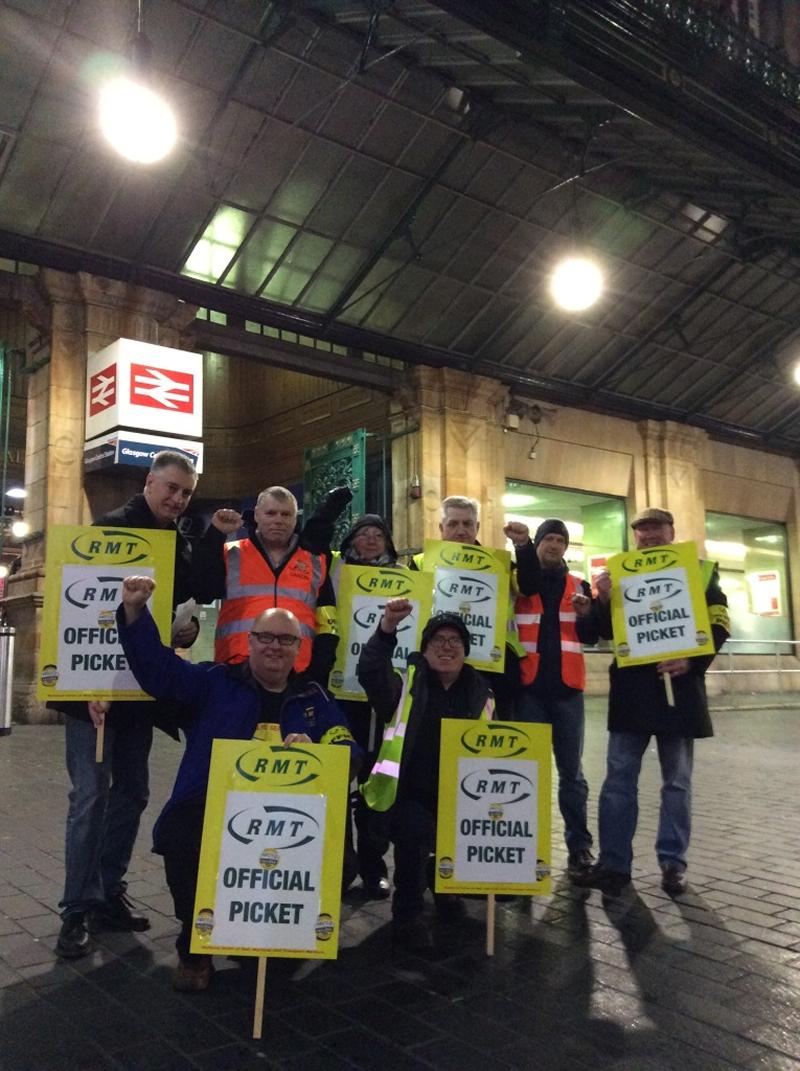 As a rock solid 48 hour strike on the Serco Caledonian Sleeper enters its second day RMT has revealed that more than £5 million was blown on consultancy and tendering costs before the contract was let back in March - money that could have been spent on rectifying the serious safety faults at the heart of the dispute.

In a written answer to a Parliamentary question (below) the Scottish Transport Minister has been forced to admit that the cost to the Scottish taxpayer of the tendering process for the Caledonian Sleeper was £5,672,393.

In addition RMT says that the decision to fragment the sleeper service away from the main Scotrail franchise has also meant,

•         Separating  the sleeper service from Scotrail means that it no longer benefits from being able to draw on shared financial or engineering resources.

•         This fragmentation has been further compounded by the decision to outsource the upkeep of the sleeper service which has led to less effective control and oversight of train repair and maintenance.

•          In addition the expertise acquired over many years by in –house staff would have been better placed to continue to deliver a maintenance and repair regime which would not have tolerated rolling stock leaving the depot in the state of disrepair that they do now.

The cheapest and most efficient vehicle would be to have the whole package of services combined into one publicly owned ‎and integrated operation.
RMT General Secretary Mick Cash said;
"RMT salutes our members on the Serco Caledonian Sleeper who are rock solid in this second day of strike action in defence of passenger and staff safety. We have had a brilliant response from the public who understand what this dispute is all about and have decided to back their rail workers against Serco - the specialists in failure."

"The news today that more than £5 million was blown on letting this contract, cash that could have been invested in maintaining the fleet, exposes the total nonsense of privatisation. If that money had gone into rectifying the faults on the sleeper trains this dispute could have been avoided.

"RMT will continue to fight for safe and reliable services on the sleeper and the union remains available for further meaningful talks."

SCOTTISH PARLIAMENT
WRITTEN ANSWER
John Wilson (Central Scotland) (Independent):
To ask the Scottish Government how much it spent on the last Caledonian Sleeper franchise tendering process and what information it has on the cost for bidders.