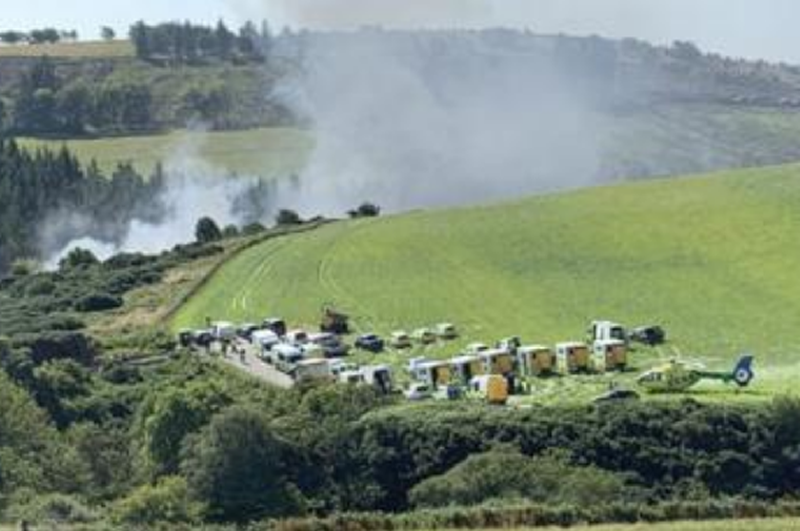 In response to the official investigation into the Carmont Rail tragedy RMT has today called for an urgent rail safety summit of the Scottish and UK Government’s, the rail unions, Network Rail, the rail infrastructure companies and operators to prevent another tragedy on our railways.

The union also called on Network Rail to halt plans to cut thousands of safety critical rail jobs and for action to protect jobs in the rail infrastructure supply chain.

The report, published today by the Rail Accident Investigation Branch, was tasked with looking into the causes of the derailment of a passenger train at Carmont, Aberdeenshire on 12th August 2020. Tragically the conductor Donald Dinnie, driver Brett McCullough and passenger Christopher Stuchbury were killed as a result of the accident and six passengers were injured.

The Union said the report showed that there were systemic and structural failures in safety caused by fragmentation, poor communication and management and also the failure of the now defunct contactor Carillion.

“It is shocking that although the failure of the sub-contractor Carillion was one of the key causes of this tragedy the fact that the company is now defunct means those responsible may not be properly held to account.

“There were also systemic and structural failures in railway safety caused by fragmentation with different companies responsible for the management and implementation of safety critical work, signalling, operations and rolling stock.

“Ultimately risks will be reduced by creating one unified railway, but in the meantime we are demanding an urgent safety summit, between governments, Network Rail, Operators and the railway infrastructure supply chain to agree steps to ensure this type of tragedy can never happen again.

“And we are calling for an immediate halt to plans by Network Rail to cut thousands of safety critical maintenance jobs and guarantees that the necessary investment in the rail infrastructure and modern communication systems to keep the railways safe will take place.”