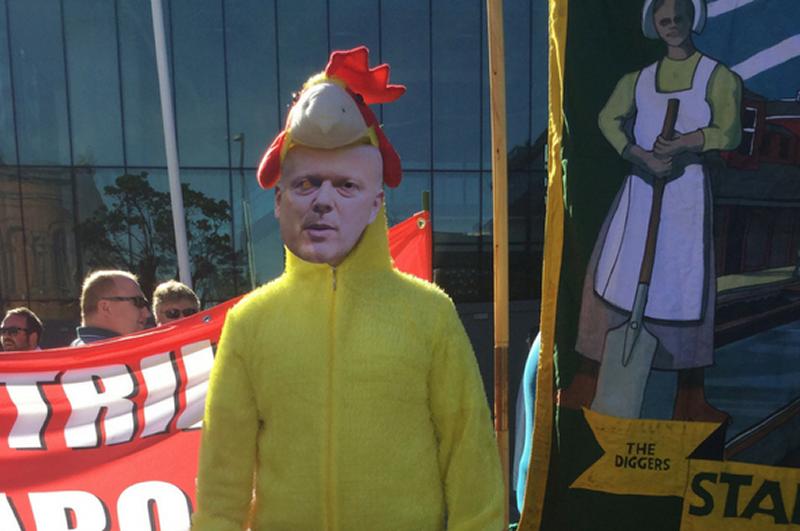 "Chicken Grayling" located in Manchester this morning as RMT Protest demands an end to the Northern franchise scandal. 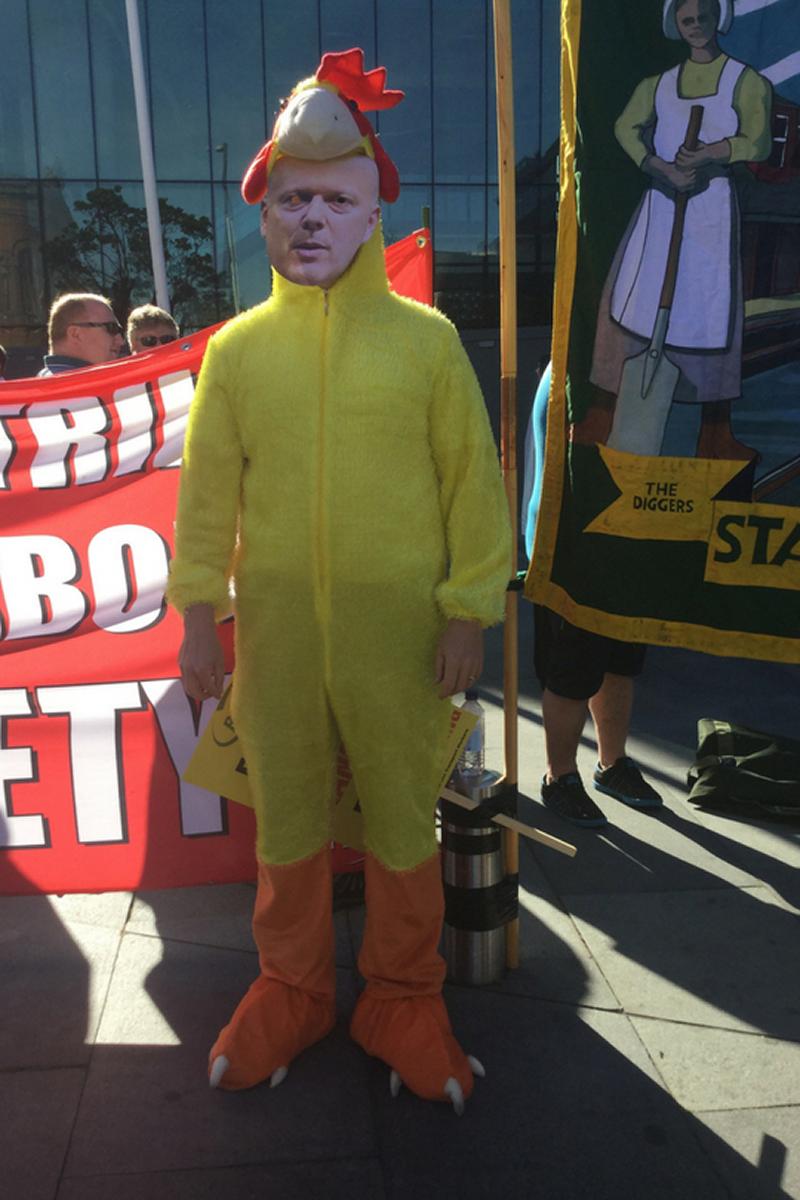 RMT was holding a protest outside the ‎Regional Transport Summit in Manchester this morning demanding an end to the franchise chaos on Northern Rail and an end to the threat to axe safety-critical guards from nearly half a million trains a year to fatten up profit margins.

“Chris Grayling is running scared. He’s scared of the passengers he’s hung out to dry and he’s scared of the staff whose safety-critical jobs his franchise shambles have left facing the axe.

“Chris Grayling may have chickened out of meeting RMT members and their supporters today but I've got a message for him - you can run but you can't hide.”