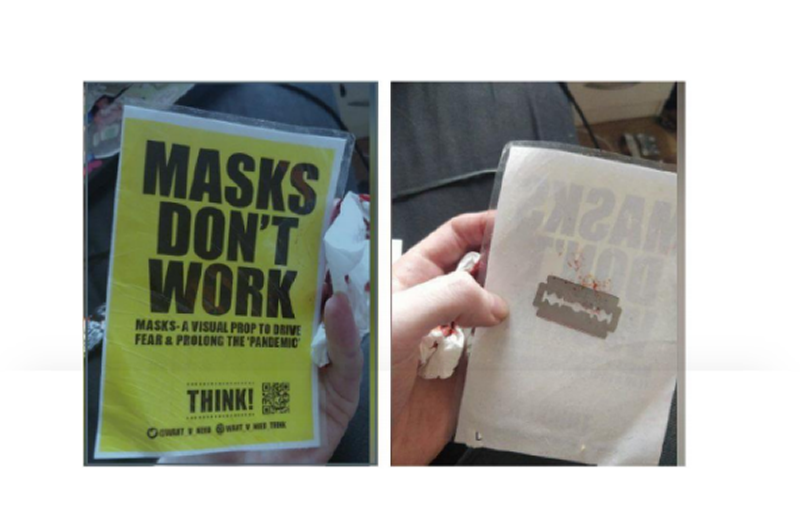 RMT calls for strongest possible action against anti-vax and COVID conspiracy theorists found lacing their posters with razor blades on rail and Tube.

RAIL,TUBE AND BUS UNION RMT today called for the strongest possible action against anti-vaxers and COVID conspiracy theorists found lacing their posters with razor blades ‎in order to injure anyone trying to remove them.

The anti-vaxers are known to be targeting the transport network with their propaganda.

RMT has formally raised the issue with Transport for London and warning bulletins highlighting the danger of injury have been issued to staff by TfL.

“Any anti-vax conspiracy theorist resorting to this disgusting practice of lacing their propaganda with razor blades needs to know that they will face criminal prosecution and the highest possible sentences.

“As far as RMT is concerned they should be locked up for a long time. We would expect the police and the courts to take the hardest possible line.” 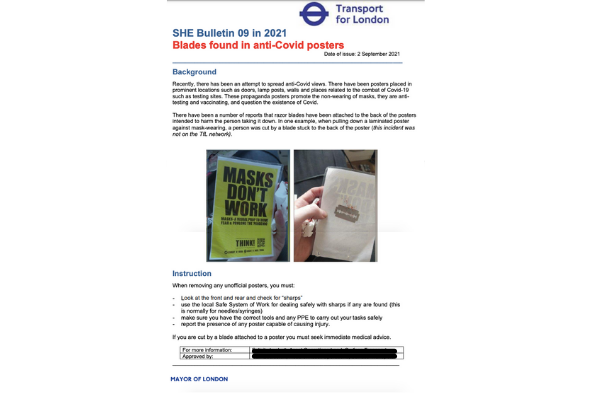