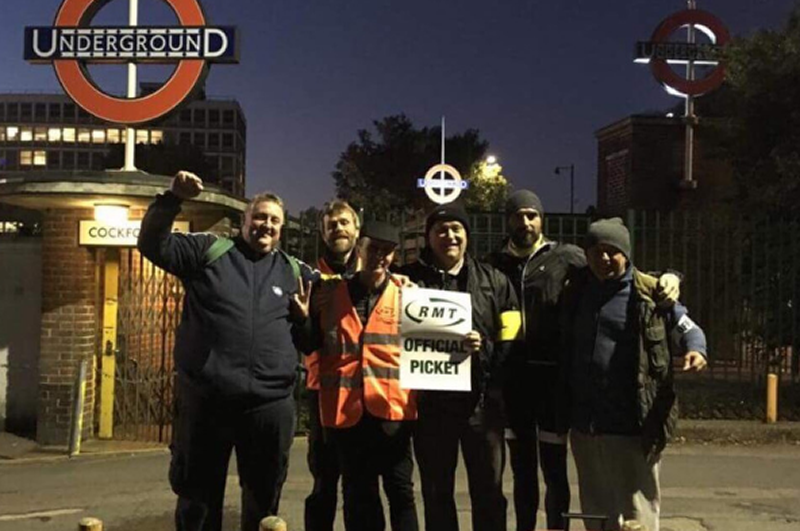 TUBE UNION RMT said that strike action by drivers on the Piccadilly Line is absolutely rock solid across all depots this morning on day two as the workforce stands firm against an aggressive and bullying management culture that has reduced industrial relations on the line to ‎a shambles.

"Our driver members stand rock solid this morning on day two of this strike in the fight for respect and justice in the workplace and a safe and supportive working environment on London's crucial Piccadilly Line.

" The shutdown of the service today is entirely down to an LU management hell-bent on confrontation regardless of the impact on nearly 800,000 passengers a day on the main tube artery out to Heathrow Airport.

"The ball is firmly in management's court now but our members are sick and tired of being mugged off with bogus promises of improvements to the current dire industrial relations climate that never actually materialise. That position needs to change."