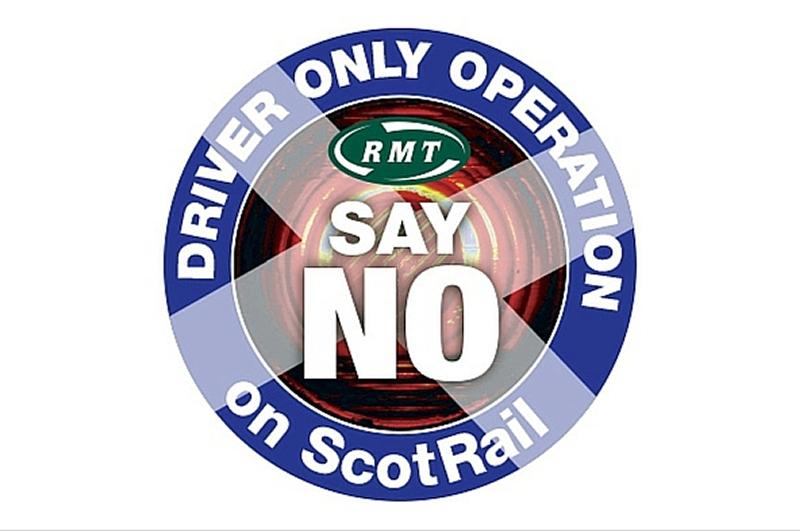 RMT calls further strike action and overtime bans over DOO and the Role of the Guard dispute.

Further to my previous correspondence, I want to congratulate and commend you and your colleagues on the magnificent and solid industrial action that has already been taken. The strength of resolve and clear solidarity has left the company in no doubt that you and your colleagues are prepared to do whatever is necessary to defend the safety of Scotland’s railway and the safety critical role of the guard.

However, the company are still producing the same misinformation and continuing to attack you and your colleagues, rather than trying to resolve the issues at the heart of this dispute. As a result of Scotrail’s continued total failure to meet our demands, and after consultation with your unions officials, Members are instructed not to book on for any turns of duty that commence between: -

Important Note: To comply with legal advice the current overtime ban outlined in previous correspondence is suspended for the duration of each strike. However it will commence again immediately after each strike ends and then continuously from 0001 hours on Monday 1st August 2016 until further notice.

I urge you to continue your outstanding support and solidarity and to stand shoulder to shoulder with your colleagues during this industrial action. Scotrail must be left in no doubt they have to meet our demands to maintain the safety role of the guard and assure us there will be no extension of DOO.

SUPPORT THE ACTION.
UNITY IS STRENGTH.
NO TO DOO!