Electric shock to train driver in Cheshire on West Coast 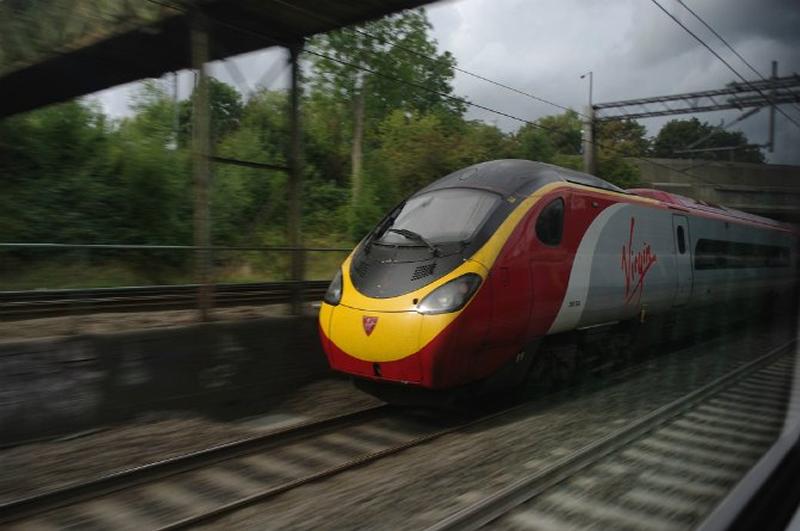 RAIL UNION RMT said today that a major incident on the railway in Cheshire in September, where a driver received a severe electric shock from a damaged overhead line and a potential tragedy was avoided through the swift actions of the train manager, has once again shone the spotlight on the safety-critical role of on-train staff.

The incident, which the RAIB confirmed today that they are investigating, could have had horrific consequences.

The RAIB summary is as follows

“Severe electric shock to a train driver near Sutton Weaver, Cheshire, on 23 September 2014

RAIB is investigating an accident involving a train driver who received a severe electric shock from a damaged overhead line whilst walking on the track near his train. The accident occurred at about 19:00 hrs on 23 September 2014 on the line from Crewe to Liverpool. The driver was slowing his train on the approach to a signal which was displaying a red aspect when he observed a damaged section of overhead line and stopped his train before reaching it. He reported the damage to the signaller before leaving the cab of his train. Shortly afterwards the driver came close to, or made contact with, part of the damaged overhead line that was hanging down but still energised. He received a severe electric shock and was seriously injured.

As a result of the accident the electrical supply system detected a fault and breakers feeding the overhead line opened automatically, turning off the power supply. The driver was then attended to by the train manager and a doctor who was travelling on the train before the emergency services arrived.”

RMT’s own investigations confirm that when the train came to a stand the train manager straight away realised that this was an out of course event and proceeded to the drivers cab. On arriving here he saw the driver collapsed in the cess and hit the GSM-R red button thereby bringing all trains to a stop. Subsequently he used the PA to call for a doctor for assistance and he and the doctor who came forward provided emergency medical assistance to the driver prior to the emergency services arrival.

The incident occurred on the Virgin West Coast Main Line between Liverpool and Crewe.

“This horrific incident shows once again the constant threats and dangers on our railways, dangers that politicians and others advocating driver only operation carefully choose to ignore.

“It is crystal clear that it was the presence of mind, the experience and the training of the on-board manager that helped avoid what had the potential to be a major tragedy. Those pushing the case for axing guards, conductors and other members of the train crew should take a look at this incident and the reports and admit that they have got it wrong.

“RMT has been thanked formally by our sister union ASLEF for the prompt action of the train manager in this case and we are both pledged to work together to defend the safety-critical role of all of the members of the train team.”