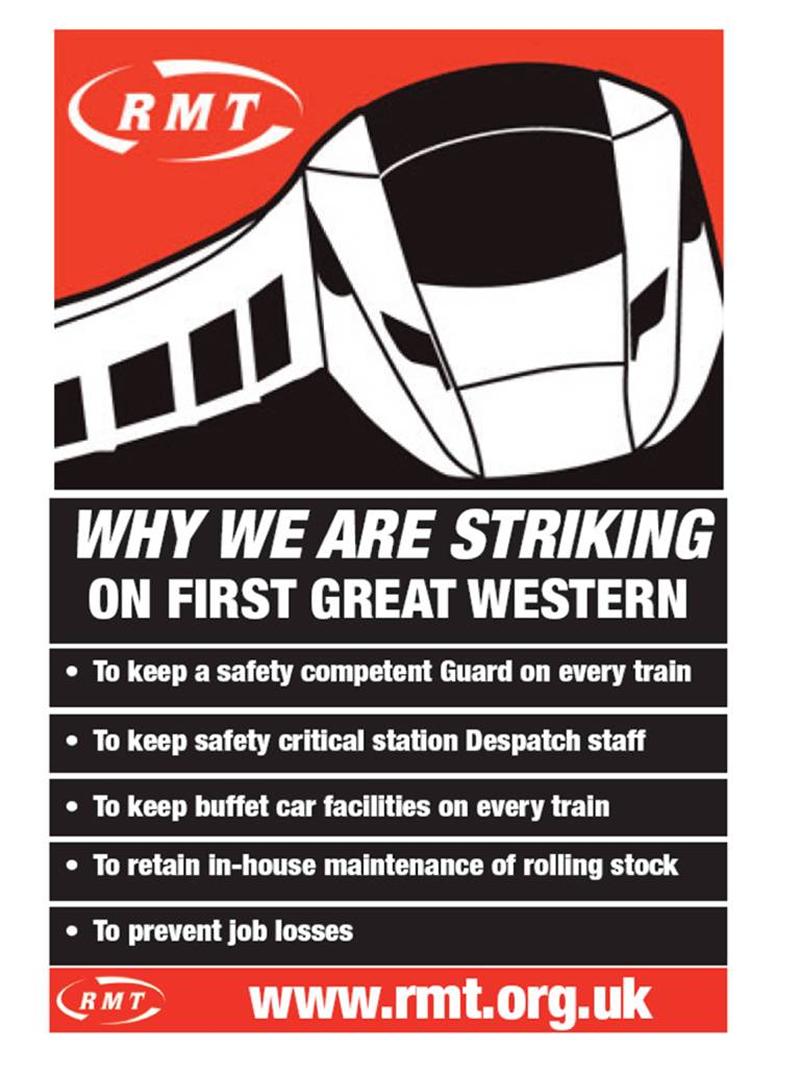 “At the present time, the company still feel that the configuration of the new Super Express Trains is out of their control and that it would be in their best interests to have Driver Only Operation and to remove the buffet cars.

“That position is totally unacceptable and the union is clear that the design of the new fleet of trains is a matter for First Group and that there is still time to modify the rolling stock. Exactly as has happened on East Coast who will be operating the same units.

“We were also unable to reach agreement on the future of the Fleet/Engineering Grades and FGW would not provide this union with assurance that the Transfer of Undertakings regulations will be adhered to.

“Therefore, the 48 hour strike remains on as follows;

All RMT members at First Great Western are instructed not to book on for any shifts that commence between:-

In addition, members are instructed not to work any overtime, between: