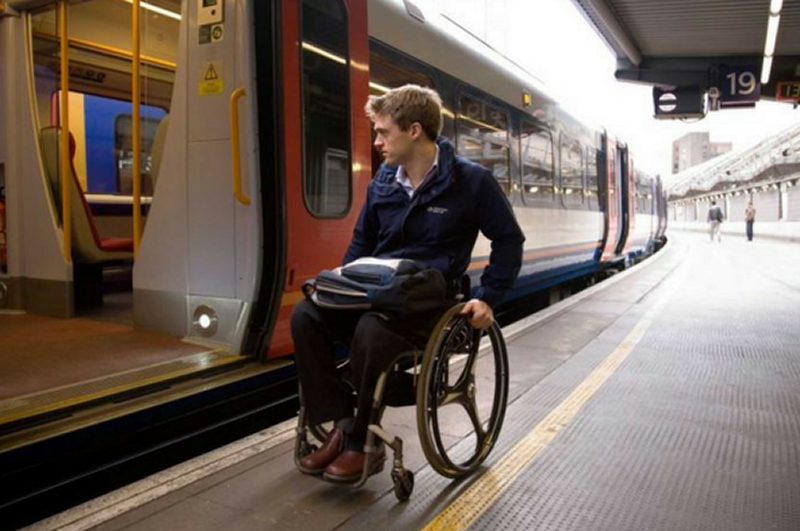 As RMT guards on South Western Railway take strike action in defence of safety and accessibility again today the union has shone the spotlight on recently released government documents which show that the government’s own advisors warned of the adverse impact driver only trains will have on disabled and older people.

In a letter released under Freedom of Information to the Association of British Commuters the Chair of the government’s own Disabled Persons Transport Advisory Committee issued a clear warning to Peter Wilkinson, the Department for Transport’s Managing Director of Passenger services:

“We question how older and disabled people, and particularly those who suffer from acute anxiety and mental health issues, can travel when there are effectively no customer service staff on the train or on the station. On this point we know that the toxic combination of driver-only operated trains and unstaffed stations fails to deliver a service that meets the needs of many disabled passengers. As a result DPTAC is seeking a guarantee that such policies cannot undermine the fundamental principle of accessibility – which would in any event be illegal.”

Yet despite this warning being issued over two years ago in April 2016, the government and train companies have continued with their policy of seeking to expand driver only trains, including on South Western where 70% of stations are unstaffed.

The warning from the government’s own disability advisors follows similar concerns contained in other leaked documents from the Rail Companies Rail Delivery Group and Railway Safety Standards Board that driver only trains will have an adverse impact on disabled passengers.

RMT general secretary Mick Cash said:
“These documents obtained under Freedom of Information show that the government’s own advisors warned over two years ago that driver only trains are toxic for disabled and older passengers. This is a problem that will be exacerbated on companies like South Western where 70% of stations are unstaffed.

“This revelation follows similar warnings contained in other documents that have been leaked from the industry. They are a massive concern, especially when we have an ageing population and one in five of the population reporting a disability. Despite this, the likes of South Western and their puppet master Chris Grayling, are pressing ahead with a callous and criminal disregard for the needs of vulnerable passengers.

“And with news of more fare hikes to be announced next month the stark warning from Chris Grayling is not to be poor, old or disabled if you want to travel on his railway.”

· The Train Operators Railway Safety Standards Board said “Under Driver Only Operation passengers would face greater requirements to book in advance, possibly facing additional travel restrictions, which would represent a move away from the current goal of making the railway more accessible for all.”[i]

· A report for the Rail Delivery Group stated [ii]“It is Conductors who are best placed to ensure that assistance is delivered effectively and in accordance with the law. In the event of an emergency, Conductors can also deliver the railway’s duty of care to assisted passengers and other older and disabled people. “There should always be on-board staff available to assist passengers at unstaffed stations.”