Halt attack on guards for sake of pensioners and disabled 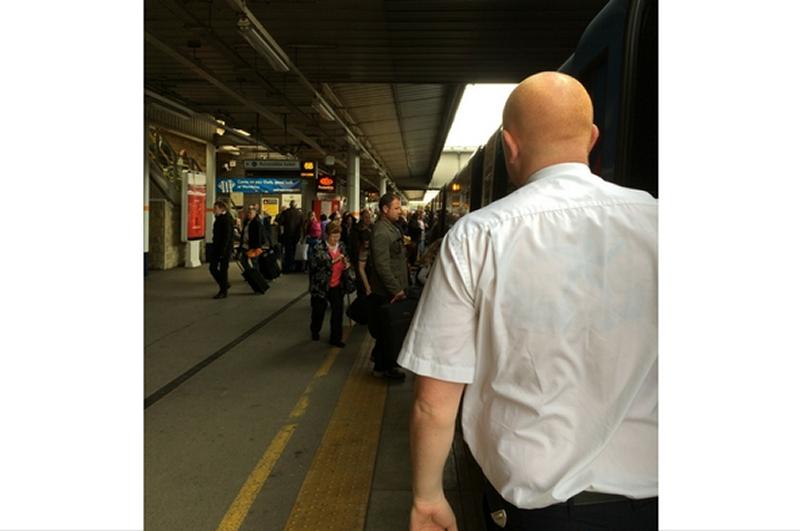 RMT says real experience of pensioners and those with a disability should force a halt to the attack on rail guards and their role.

"The overwhelming case against Southern Rail's assault on safety and access to services is reinforced by the personal experiences of older and disabled passengers which are exposed today by the National Pensioners Convention.

"It is simply outrageous that members of our community will be effectively barred from Southern Rail through the removal of guards. That is a flagrant breach of the Equality Act.

"These are the issues at the heart ‎of our current dispute and the next phase of strike action which begins just after midnight. Instead of ploughing on with their plans, regardless of the impact on access and safety , Southern should be round the table without pre conditions and engaging in talks aimed at negotiating a settlement."

and unstaffed stations could be illegal under the Equality Act 2010

Britain’s biggest pensioner organisation, the National Pensioners Convention (NPC) has warned that driver only trains that stop at unstaffed stations will be committing an offence under the Equality Act 2010, following the findings of a “mystery traveller” experiment carried out in August this year.

As part of the experiment backed by the NPC, three Persons of Restricted Mobility (PRM) on one day took a series of train journeys on Southern Rail from East Croydon to Chichester and back again via a different route to test the practicalities of travel. The “mystery travellers” included a wheelchair user, a blind passenger and a pensioner.

In order to minimise the effect on other passengers, the journeys were carried out at off-peak times, and as far as possible sought to test rolling stock (Electrostars) and stations which would be affected by Driver Only Operations (DOO). The group also made all reasonable adjustments such as arriving in good time and making early contact with staff.

The need for on board Passenger Information Systems to be both visual and audible. On at least one journey, the audio message was not working. This placed the blind passenger at a disadvantage

The use of Class 313 trains built in 1976-77 which had no toilet facilities on board; a particular concern to older travellers

The absence of a ramp at least at one station (Fishbourne), despite the platform having been widened to accommodate wheelchair users

Lack of platform staff, and a reliance on guards to assist travellers with restricted mobility

An over-reliance on PRM booking ahead, which is often unreliable and unrealistic in a real-life journey scenario

Poorly sited Help Points on stations, unhelpful operators and a Call Centre situated outside the UK where it is unreasonable to expect operators to know why stations are unstaffed

Some excellent examples of well-trained drivers, guards and Care Team staff who were able to assist, without whom the journeys would not have been possible

Dot Gibson, NPC general secretary said: “Everyone will be aware of the dispute currently taking place on Southern Rail over the future of guards and driver only trains, but up till now no-one has explained how these changes could affect those passengers with mobility problems, such as wheelchair users, visually impaired travellers or pensioners. This experiment clearly shows that without properly trained staff, both on and off the trains, these travellers would have some very difficult journeys.”

“Some would be unable to get on where they wanted or get off at their chosen destination, and in many respects the Care Teams at stations are essential to enable the independent travel of older and disabled people. Our concern is that if a driver only train runs to an unstaffed station with a passenger who is unable to exit the train unassisted, an offence will be committed under the Equality Act 2010 by putting that person at a substantial disadvantage. This needs to be understood and acted upon by the Office of Rail and Road, the Department for Transport and the train operating companies. After 30 years of commitment, effort and public expenditure to ensure that disabled people can travel by train with confidence, as by other modes of transport, we risk taking a significant retrograde step that will effectively deny people those hard won rights and freedoms.”