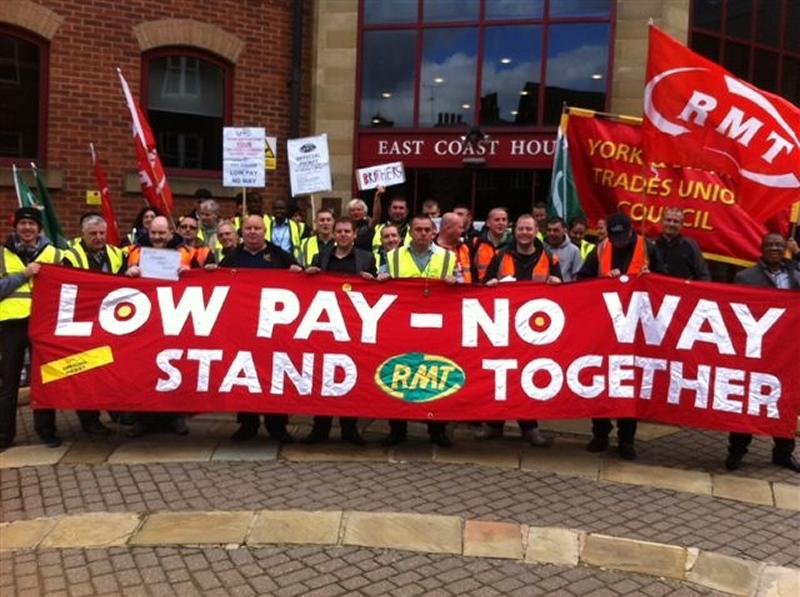 RMT cleaners working for ISS on the East Coast contract are to strike again next week in their continuing fight for pay justice.

The ISS workers have been battling for decent levels of pay in a long running campaign, with the wealthy company refusing to grant any increase since 2011, a position the union has described as “simply disgraceful and based on nothing but pure greed.”

In August strike action was suspended because RMT felt that it looked promising that progress could be made towards settling this long-running dispute with further talks. However, this turned out to not be the case.

As a result, RMT has confirmed that there will be a further strike starting at 00:01 hours on Monday 22nd September 2014 ending at 23:59 on Tuesday 23rd September 2014 as the pressure is ratcheted up to force ISS to end the scandal of poverty pay.

Picket lines will be mounted at stations along the route as RMT takes its campaign for a fair deal on pay and working conditions for the ISS cleaners direct to the passengers who use the East Coast services.

RMT acting general secretary Mick Cash said;
“It is outrageous that ISS continue to refuse to take the matter of fair pay increases and improvements to terms and conditions seriously. To have had no pay rise since 2011 is a disgrace while this wealthy global company makes huge profits on the back of pure exploitation of the workforce.

“Previous strike actions have been rock solid action and are a measure of our members’ determination to secure pay justice. The ball is once again back in ISS 's court as RMT’s campaign continues to win fair pay.”