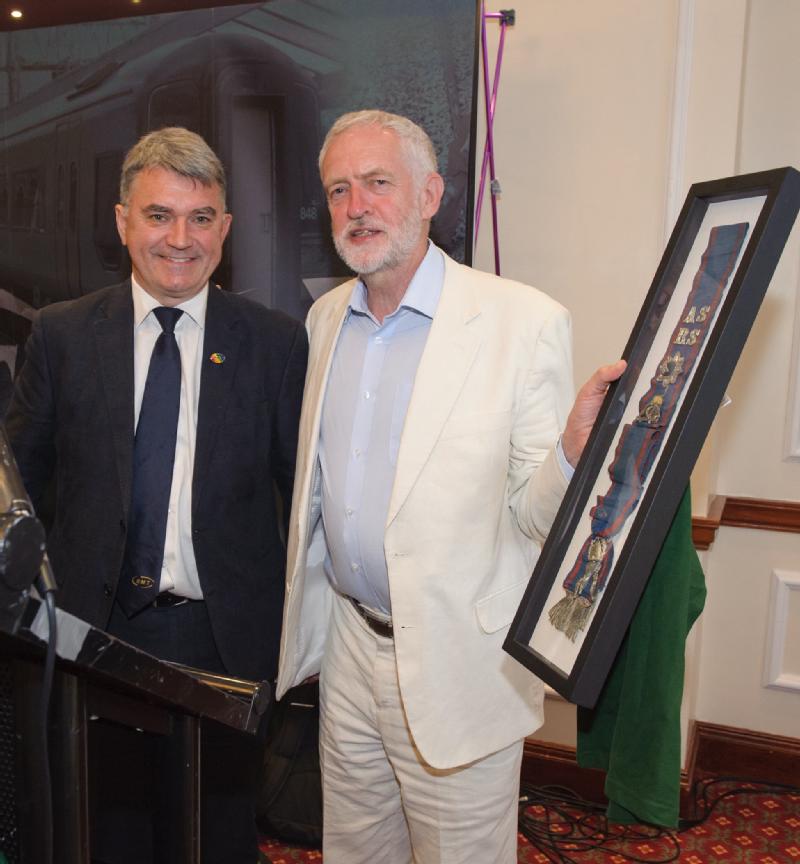 Labour Leader Jeremy Corbyn has told the AGM of transport union RMT in Exeter this afternoon that the next Labour Government will repeal the Tories' rail privatisation legislation to pave the way for public ownership.

"The next Labour government will introduce a Public Ownership of the Railways Bill to repeal the Tories’ 1993 Railways Act that privatised our railways.

"We want our railways run in the public interest with fare rises capped, service levels improved and stations and trains safely staffed.‎"

"RMT is delighted that, Jeremy Corbyn,  our long-term friend and comrade, has set out ‎a vision for the transport industry in Britain that frees us from the profiteering and fragmentation of privatisation and which would allow the public to own and control the services that they rely on. That is a clean break from more than two decades of the privatised rip-off that has consigned Britain to the transport slow lane.

"The mood in the country has very clearly changed since the Tories called the General Election. Cuts, austerity and privatised greed are on the way out and a Labour government with a programme dedicated to the many and not the few is waiting in the wings. RMT will do everything we can to make sure that ‎that Government, committed to public ownership and workers' rights, arrives sooner rather than later."