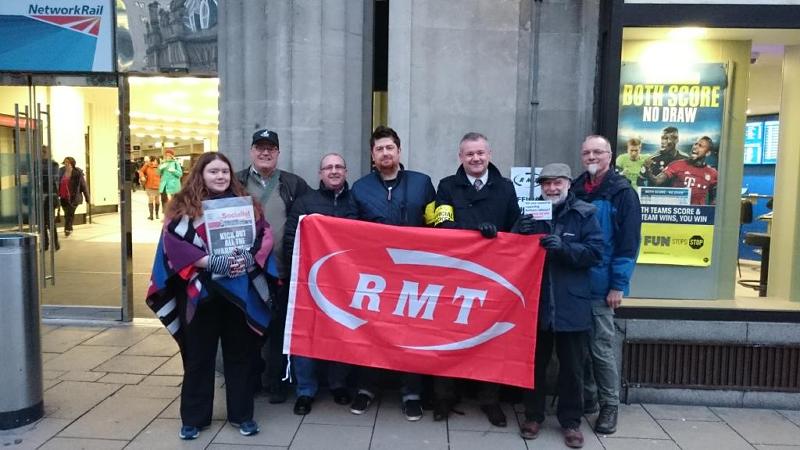 RMT members in Northern Rail’s Leeds  customer services department are striking again tomorrow – 15th Jan - in a fight over the down grading of pay and an attack on terms and conditions.

Despite strenuous efforts by union negotiators Northern Rail management have made no attempt at all to resolve this matter since the last day of rock-solid industrial action earlier this month.

The Office of Rail and Road (ORR) are scheduled to attend the Customer Relations Department in Leeds tomorrow and will be greeted by striking workers and their supporters as the union fights to get its message across.

The picket line will be outside the William Hill bookies at Leeds Station starting at 07.30 and running through to 09:30am

"RMT pledges full solidarity with our Northern Rail customer relations members in Leeds tomorrow as they strike to defend their grade and their working conditions.

"The determination and anger of our members, which has been on display since the start of this dispute, should force the company to start taking the issues in dispute seriously and to get back into meaningful talks. "