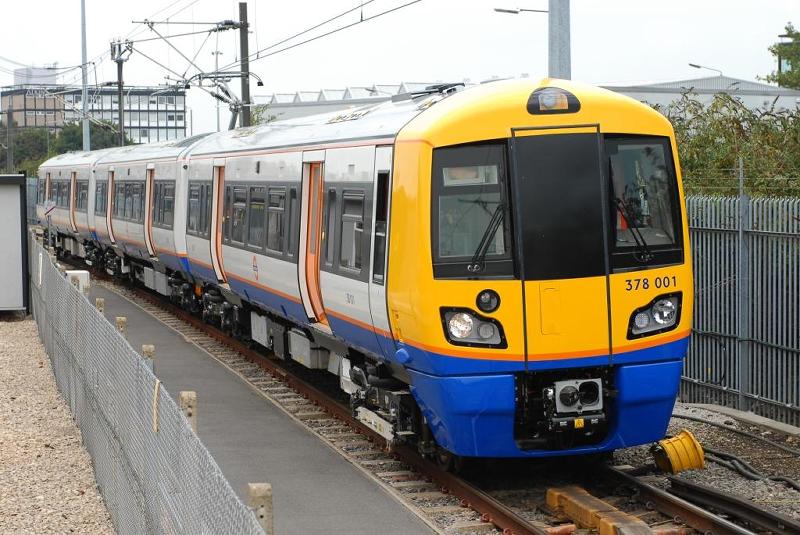 New research by Britain’s largest rail union has found that profits made by London Overground services could be used to cut fares for passengers by 6.5% a year on average but are instead being used to subsidized rail services in Hong Kong and Berlin.

The report, released on the eight anniversary of the start of London Overground operations, also warns that foreign railways are to continue to profit at the expense of London Passengers as all the bidders are for the next London Overground contract are owned by French or German state railways, Hong Railway and a Singapore based Transport Group

The MPs say they are “dismayed could have been used to fund an average year on year fare cut of 6.5% for Londoners but instead are ultimately being used to support the railways of Berlin and  and Honk Kong.”

The MPs support the unions demand for “London Passengers to be put before profit by allowing London Overground services to be operated directly in public ownership.”

“There has been a deliberate and cynical attempt by the London Mayor and others to try and paint London Overground as part of the publicly-owned Transport for London operation when it is, in fact, nothing more than another private franchise used as a cash-cow by the German and Hong Kong state railways to subsidise their fares at the expense of Londoners.

“Clearly, if London Overground was publicly owned there would be scope to slash fares by 6.5% a year rather than seeing that money shipped to Berlin and Hong Kong to prop up their rail operations. RMT and our Parliamentary Group will continue to fight for that publicly owned option for our railways as an alternative to the cash-laden rip off that the British people have been lumped with for the past two decades.”

London Overground Ltd was launched on 12 November 2007. With its London Transport branding it is often portrayed as a public railway.

This masks the reality that London Overgound is in fact a type of rail franchise known as a concession and is jointly operated by Arriva who are owned by German State Railways and MTR who are owned by Hong Kong Railways.

Between them these companies are paid 10% of all London Overground’s Passenger Income. This income has been used to support dividend payments which instead could have been used to fund a average 6.5% year on year fare cut. See table below.

This siphoning off of funds to foreign railways is set to continue as the shortlisted bidders for the next contract due to begin in November are all foreign owned as shown below.

Instead of meekly accepting this situation Transport for London should be standing up for London Passengers and exploring all options for running these services in public ownership including any legislative powers it needs.  This is especially the case when passengers are about to be told of even more cuts to Transport for London’s budget in the forthcoming Comprehensible Spending Review.

“That this house notes that London Overground rail services are portrayed as public rail services run by Transport for London; is concerned however that this masks the reality that London Overground is in fact a private rail franchise jointly operated by subsidiaries of Hong Kong and German state railways who have  ensured that almost £22 million of their share of revenue has been paid out in dividends between 2011and 2014 ; is dismayed that these profits could have been used to fund a average year on year fare cut of 6.5% for Londoners but instead are ultimately being used to support the railways of Berlin and  and Hong Kong; is deeply concerned that Londoner’s subsiding foreign railways are set to continue as the only bidders for next London Overground contract are subsidiaries of French, German, Hong Kong and Singapore railways; and calls for London passengers to be put before profit by allowing London Overground services to be operated directly in public ownership.”