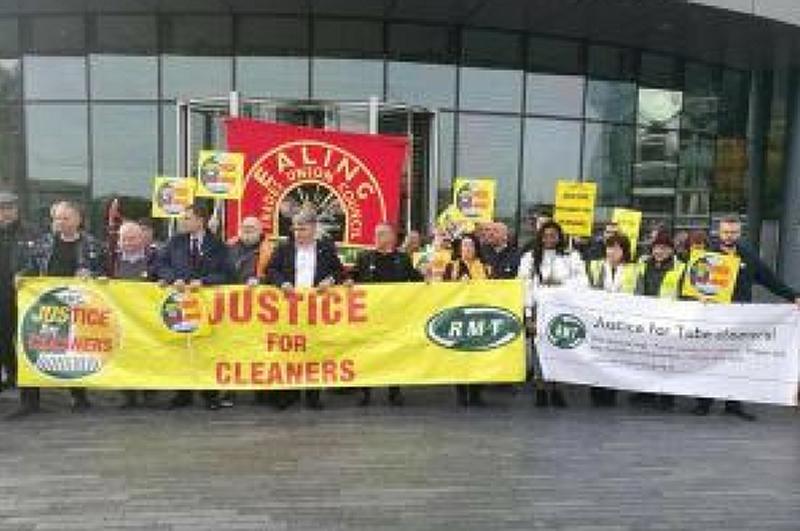 Tube union RMT has confirmed that at 2pm on Wednesday 21 February members and their supporters will be protesting against the treatment by outsourcing companies - especially new mega contractor ABM - of cleaners across the London transport network.

The first demo will take place outside City Hall, The Queen's Walk, SE1 2AA, at 2pm with participants then moving on to protest outside the nearby ABM headquarters, George House, 75 – 83 Borough High Street, SE1 1NH.

The protests are intended to name and shame the people responsible for the poor treatment of cleaners and lobby for a change. RMT is demanding that cleaners be directly employed by TfL and that they, like their colleagues, receive free travel, decent sick pay and improved wages reflecting the often anti-social hours which they work.

“Our cleaners are an integral part of the transport team in London and it is disgusting that they are being treated like second class citizens by these outsourcing companies.  These workers deserve workplace justice and that can best be achieved by bringing their functions directly in-house.

“The London Mayor needs to act now. ABM is already busy ripping up the sick pay policy of workers who transferred to it from outsourcing company “Vinci”. These protests will shine the spotlight on exactly what is going on.”