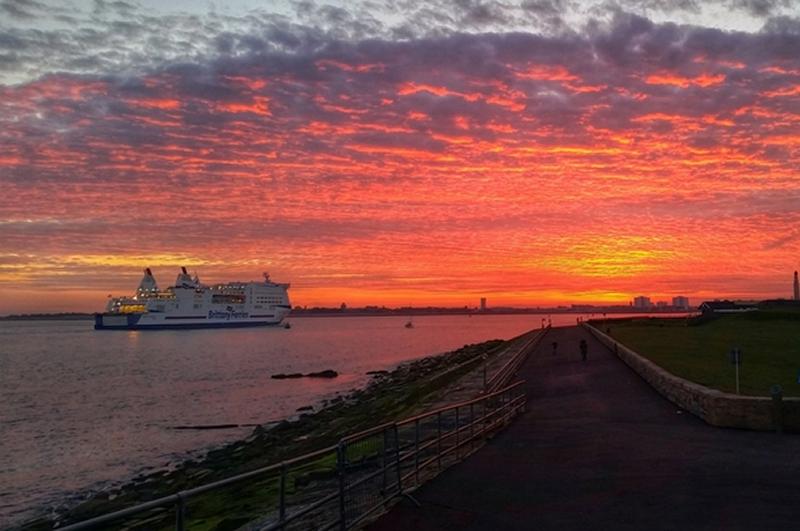 MARITIME UNION RMT responded to the report published today on UK Seafarer Projections, carried out for the Department for Transport by Oxford Economics, in line with the recommendations of the Maritime Growth Study.

“This report reinforces RMT’s SOS 2020 campaign for the Government to tackle the shipping industry’s pay discrimination and other aggressive employment practices against UK and non-UK seafarers, or risk sacrificing the future for UK seafaring to appease ship owners and recruitment agencies’ insatiable appetite for profit. In 2015 UK seafarers only made up a measly 10% of the 87,000 Ratings jobs in the UK shipping industry and the report predicts big increases to 2026 in UK shipping’s demand for Ratings in all departments of a merchant ship.

“We cannot allow seafarers in the UK, particularly the next generation who we need to replace the thousands of UK Ratings who will retire in the years to 2026, to be denied a higher proportion of these jobs because of the shipping industry’s exploitative and elitist employment policies.”
Steve Todd, RMT National Secretary, added:

“We welcome this report, which RMT contributed to. It sets out in no uncertain terms the scale of the challenge to Government to prevent the UK shipping industry from adopting a ‘business as usual’ approach to training and recruitment of UK seafarers.

“As we have repeatedly stated, such action is now essential for the future of UK Ratings in our shipping industry which moves millions of passengers and almost all of the UK’s traded goods every year. The report forecasts that by 2026 the UK shipping industry’s demand for non-hospitality (deck, engine and dual purpose) and hospitality ratings will increase by 7% and 35% respectively.

“RMT is clear that unless nationality based pay discrimination is tackled now, UK seafarers will continue to be excluded from these and existing jobs and the UK will lose the ability to operate a diverse range of merchant shipping. If that is lost, and the report is clear that we remain on course for a maritime skills shortage, Government would have effectively sold off UK seafarers’ jobs and exposed our economy and security to major risks at a time of uncertainty and turmoil around the terms of the UK’s trading relationship with Europe and the rest of the world.

“The Government can act now to increase UK seafaring jobs and training as demand grows over the next decade and nothing should stop them from doing so.”

Notes
1.         The Seafarer Projections Review was published today, 19th January 2017 and is available here: https://www.gov.uk/government/publications/maritime-growth-uk-seafarer-projections
2.         Recommendation Seven of the Maritime Growth Study, commissioned by the DfT in November 2014 and reported in September 2015, stated: For government to work with industry to better understand the UK maritime sector’s seafaring skills requirement with the aim of developing targets for growing the skills base by refreshing its assessment of the requirement for seafarers in the UK maritime sector to ensure industry and government have the most up-to-date picture of supply and demand.
3.         The DfT’s 2015 Seafarer Statistics recorded 8,830 UK Ratings working at sea. The 2016 UK seafarer statistics are published next Wednesday, 25th January 2017.