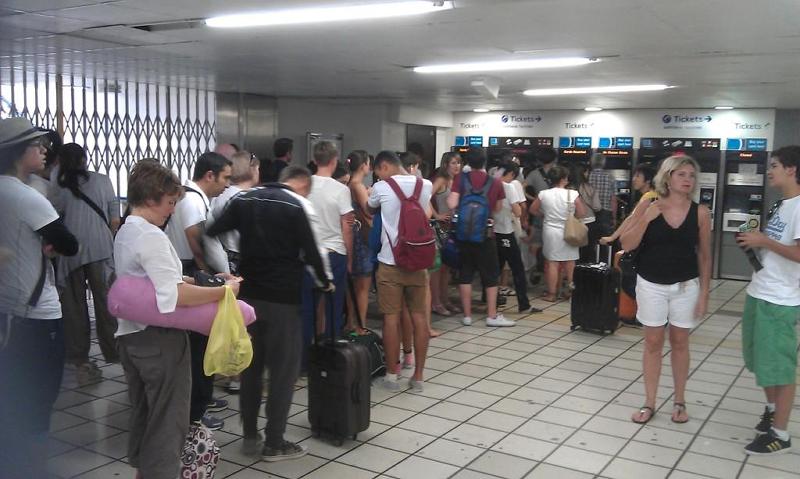 RAIL UNION RMT said today that the public consultation over plans to axe and downgrade 81 rail station ticket offices across the Thameslink, Southern and Great Northern franchise appears to have finally kicked off today in total and utter chaos as the union steps up the fight over the threat to services, jobs and safety. 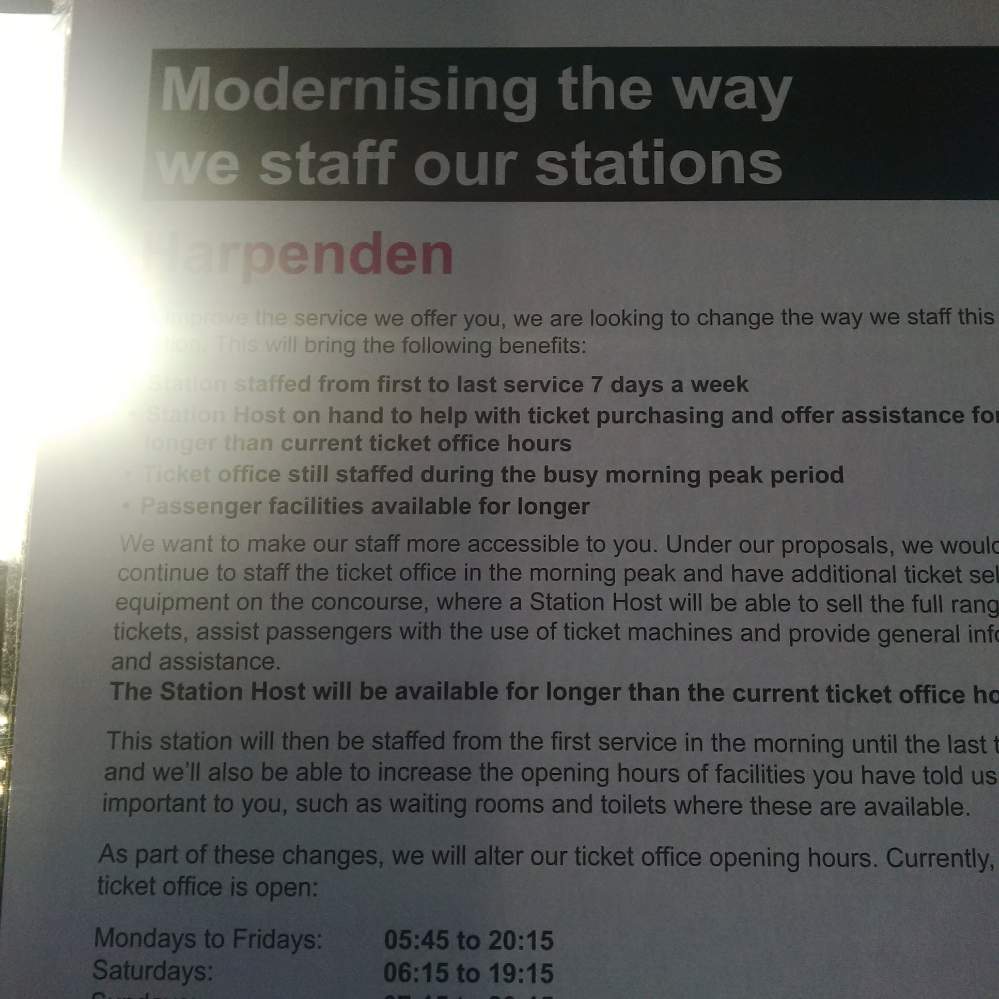 RMT is aware that posters have gone up in stations party to the consultation, with questions already being asked about the accuracy of Govia Thameslink’s information on what the local impact will be as the process rolls on , and with the consultation period being hacked back to the bare-bones 21 days in what the union says is a mad dash to bulldoze through the bodged and rushed proposals. RMT says that it has never seen such flawed and twisted approach to a Section 17 consultation as the drive for cuts and profits slices through any serious attempt to gauge public opinion.

RMT made it clear today that the union campaign will be stepped up as Govia Thameslink blunder on with their shambolic consultation. A postcard and social media campaign is ready to roll urging the public to engage in the pending consultation and asking them to apply pressure to local politicians across the routes affected.

There are three categories of stations in the closure programme, the first wave, which includes stations like Tooting, Circklewood, Streatham, Alexandra Palace, Selhurst and Wandsworth Common are to close immediately.

A second wave will close shortly after once passengers have been “re-educated” sufficiently into using ticket machines and includes Balham, Loughborough Junction, Reigate, Shoreham, Sutton, City Thameslink and Falmer.

A third wave, which will close outside of peak hours when a longer period of “re-education” has been undertaken, with the threat of eventual total closure, sets up services at stations including Epsom, Leatherhead, Eastbourne, Lewes, Horsham, Hove, Hitchin, Kings Lynn, Hatfield and Potters Bar.  A full list of the targets for closure and their categories is set out below.

“RMT has set the pace with our campaign to stop Govia’s Thameslink  from unleashing ticket office carnage across the routes that make up this franchise as they look to sacrifice, jobs, services and safety in the drive to line their own pockets at the passengers expense. The consultation process has now descended into complete and utter chaos and this is a shameful way to treat passengers who pay a fortune to use the services on this basket-case franchise.  The plans have already sparked a storm of public outrage and the union will now step up the fight. RMT has no intention of allowing these plans to be bulldozed through and Govia should be forced to pull the proposals in their entirety.

“It is clear from what we have seen already today that the posters are aimed at deceiving the public as they don’t point out that this is a three stage process and once usage is hacked back at the second and third tier stations the company will come looking for further cuts and closures. The union has also raised serious safety questions about staff left handling cash in vulnerable locations with wholly inadequate security.

“The bottom line is that these plans are a disgrace and Govia should be slung out and these essential rail services taken into public ownership before these latest profit-driven cuts are allowed to rip through these 81 stations from North to South. It is no coincidence that this threat comes as Southern are already gearing up to axe guards from their services in yet another lethal gamble with safety-critical jobs on some of Britain’s most dangerously overcrowded trains and platforms.

“RMT will be jacking up the campaign of opposition to these bodged and rushed plans and we will be working with the travelling public to stop them in their tracks.”