As I am sure you will be aware, there are a number of issues affecting you and your colleagues on the Central Line. The National Executive Committee has recently again considered the issues and taken the decision to declare two separate disputes as detailed below.

Industrial relations on the Central Line have been deteriorating now for some time, a situation which is exacerbated by Senior Line Management acting in a hostile manner and obstructing your RMT Reps in their efforts to seek a resolution and improve conditions for all Drivers on the Central Line. Despite several meetings with the Company having taken place, there has been no progress made and the consensus from affected members is that this situation now represents a breakdown in industrial relations and cannot continue any longer.

The issues which form this dispute are: breaches of your local agreements; undue pressure on Drivers from Service Control management who routinely treat Driver members with contempt for adhering to the framework agreements – a review of communications and service recovery was promised two years ago but has never materlialised; obstruction of your representatives’ trade union duties by refusing release requests and meeting requests; misuse of the attendance at work policy with reports of management harassing members who are fit and at work and raising historic issues; inadequate welfare facilities, especially for Night Tube Drivers.

RMT member and Union Learning Rep Paul Bailey has been dismissed from his position as a Train Operator at Leytonstone Traincrew Depot in a manner which calls into question the integrity of the entire drugs and alcohol policy and testing regime.

On Friday 20th October 2017, Paul Bailey’s test provided by Alere Toxicology showed a positive result. However, Alere’s second stage test and the independent test by Synlab both recorded scores of only 19ng/ml and also confirmed these results were consistent with the first test. This should prove, beyond any doubt, that Paul Bailey was well within the limit set by LUL’s policy by a huge margin of 31ng/ml, seeing that the cut-off point is 50ng/ml.

Throughout this case there have been numerous failings by the Company in the application of the disciplinary procedure and it is clear to the Union that the facts of this case have been grossly misinterpreted by the Company and evidence provided has been ignored. The appeal hearing officer was not impartial having previously investigated and conducted grievances raised by Paul over the same disciplinary process leading to his dismissal. Also the ‘factual’ findings in the appeal outcome letter only serve to further confuse the situation. The appeal hearing resulted in the dismissal being upheld and the Company has so far refused any further review into this case.

Remember, if management are allowed to get away with this kind of behavior and sack members at will, by making up the facts and procedures as they go along to suit themselves, it leaves all members at risk of being the next victim.

The National Executive Committee has taken the decision to ballot all Central Line Train Operators, Night Tube Train Operators and Instructor Operators over these two disputes and you will therefore receive two separate ballot papers which will be posted to your home address next week.

Please make sure that you complete and return both ballot papers. 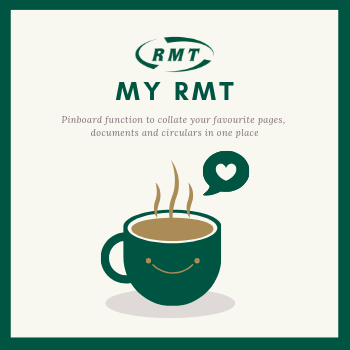