ROLE OF THE GUARD & EXTENSION OF DOO – SOUTH WESTERN RAILWAY

ROLE OF THE GUARD & EXTENSION OF DOO – SOUTH WESTERN RAILWAY

Your strike action of 30th August to 2nd September once again showed your determination in defending the safety role which you and your colleagues so proudly carry out on behalf of the travelling public. The solidarity you show to your colleagues and the support you have given to your union is an inspiration to the rest of your union and throughout the trade union movement in general.

You will no doubt have received the latest propaganda put out by South Western Railway in the letter sent to you by Andy Mellors last week which contained the company’s twisted spin on the latest negotiations.

He refers in that communication to a letter sent to me dated 4th September 2019 which states that SWR’s “optimal method of operation … would maintain and indeed enhance safety, security and accessibility.” But the company has continually failed to spell out exactly what evidence there is that this is true, either in talks or in writing. Just stating it does not make for a valid and legitimate case.

The same goes for management’s claim that such a method of operation would “protect the safety critical status of the guard.” This is so wide of the mark as it would only be in train evacuation that this role is continued, as train dispatch and protection would be compromised as Guards would be restricted from moving through trains and constraints would be put on Guards’ dispatch duties due to the design of some platforms at a number of stations.

The letter also provides a number of tables and figures on the need to improve safety and highlights a number of areas where this is particularly relevant. But these tables include instances such as the non-platform release of the doors carried out by a manager on a strike day, 10 SPAD incidents which occurred on strike days by contingency guards, while there is incorrect “evidence” on the release of local doors as the same time the driver would take to do this is the same as that of the Guard doing similar.

Therefore the company’s desired optimal method of operation, which it wishes to continue working with your union on to look at its finer details, is not accepted by your National Executive Committee as it does not meet union policy and the NEC has stated that there are too many dangers and pitfalls within SWR’s plans.

The NEC has instructed me to advise the company of your union’s rejection of the offer as it stands. I will also be arranging a meeting with the Guards Company Council and the NEC and national officers to discuss all methods of operation and all other aspects of the company’s findings as contained in the letter quoted above.

Additionally, the NEC has also declared a dispute situation with the company over the role of Rail Operators and so I shall also be arranging a meeting with RO2 representatives to discuss with the NEC, Lead Officer and national officers all aspects of this matter.

Finally, the NEC has also instructed me to arrange a meeting with ASLE&F at General Secretary level and to include relevant Lead Officers and NEC members from both unions to discuss the way forward in this dispute and to outline RMT concerns around the company’s method of operation.

In an act of transparency, I have attached a copy of the company’s letter of 4th September 2019 which I have referred to above. Your union has absolutely nothing to hide with regards to our conduct during this dispute. With any developments during this process, I have kept you updated through emails, texts and news alerts. That this dispute is not yet resolved is due entirely to company actions, misinformation, misleading communications to staff and a shifting of the goal posts before, during and after every set of negotiations we have held with them. It is time for SWR to stop prevaricating and put on the table a set of proposals that seriously does protect the Guard’s safety critical role and which will also protect the travelling public on every train.

Once again I congratulate you and your colleagues for showing such steadfast support to your union but in particular to your representatives who have had to endure countless face-to-face meetings with a disingenuous management team throughout this dispute.

I will of course write to you again with details of all further developments in this dispute. 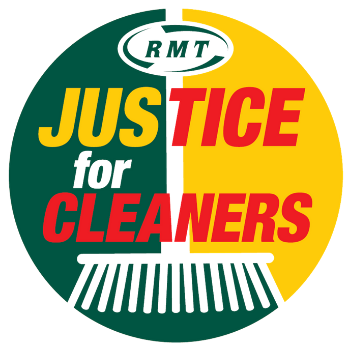