ROLE OF THE GUARD & INTRODUCTION OF DOO – MERSEYRAIL

ROLE OF THE GUARD & INTRODUCTION OF DOO – MERSEYRAIL

Further to my correspondence date 10th October 2019 firstly I would like to remind you, if you needed reminding, that when this dispute first started Merseyrail proposed the removal of the Guard and the introduction of 50 roving RPIs with no safety critical responsibilities. To say we have come a long way since 2017 is an understatement. We now have the guarantee of a Guard on every train – for the duration of this franchise and beyond – with responsibility for despatch and the closing of the train doors.

Your negotiating team, John Tilley, the Lead Officer and the Company Council Representatives have never wavered in the fight to retain a Guard with safety critical responsibilities on all trains. The loyalty you have shown to the fight and the union is nothing short of amazing.

Option 9, which is below, was presented to the National Executive Committee as a method of despatch that was agreed in principle. The NEC recommended a couple of tweaks on a couple of points that did not add any dwell time but the method complies with the ORR regulation 1 requirement for Merseyrail.

As a result the National Executive Committee has endorsed the improvement of option 9 in principle, as an operational method of despatch on Merseyrail. They have asked the Company Council and Health and Safety Representatives to seek the earliest possible site visit to validate the timings and workings of the new rolling stock. The NEC has also instructed the Lead Officer and negotiating team to agree dates going forward to finalise the proposed method for consideration.

The two mass meeting that were proposed have also been cancelled to allow the negotiating team to finalise the full document including the Power Operated Door Procedure, unique to Merseyrail only where it can, if agreed, be placed back to members.

I would like to place on record our thanks for all the hard work undertaken by Brother Tilley and the representatives over the last few years to get to the position we are in now, it seemed an impossible task at the commencement of the negotiations but their perseverance, together with your amazing loyalty and resolve have enabled us to get to this point, which hopefully will bring this dispute to an end. 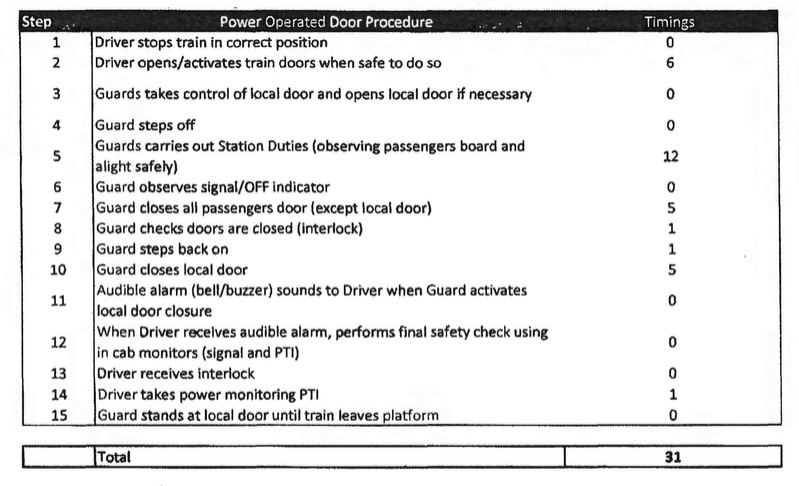