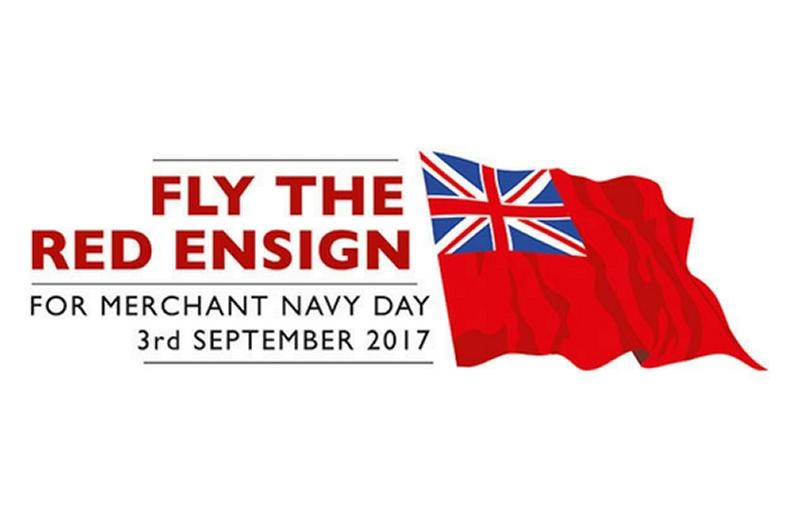 Celebrating our history and ensuring a future for merchant seafarers

Ratings union the RMT will join the annual Merchant Navy Day celebrations on 3rd September 2017 by flying the Red Ensign from Regional Office across the UK and from Maritime House in London. As part of this year’s celebrations, at two events in South Shields and Portsmouth on Saturday 2nd September, the union is also promoting positive steps to secure the future for UK seafarers in the merchant marine, with Government commissioned reports published earlier this year forecasting a 20% increase in demand for UK seafarers and recommending increased and clearer funding streams for training the next generation of UK Ratings.

“In the trade union movement we have a saying: ‘The past we inherit; the future we build.’ Merchant Navy Day chimes with this sentiment, reminding us all of the crucial role our seafarers played in our country’s often turbulent history; what they do today to underpin the national economy; and the importance of retaining maritime skills for the future.

“RMT applauds the Ratings and Officers of today who make the merchant marine work, from the passenger ferry, freight, cruise, offshore supply and container sectors, to the strategically important Royal Fleet Auxiliary. How we maintain and increase UK Rating numbers ahead of reform to the UK’s international trading arrangements is fundamental to the future of the Merchant Navy and we will be taking to the streets in South Shields and Portsmouth over this celebratory weekend to highlight the importance of merchant seafarers to the country’s future.”

“We celebrate Merchant Navy Day along with every other part of this essential industry. In doing so, RMT is seeking to raise public awareness over the role that merchant navy ratings play in our national fortunes, as well as remembering what their predecessors did to defend and maintain the national interest. In 2017, successive Government commissioned reports have set out the opportunities that exist for UK seafarers over the coming decade in terms of increasing the number of jobs and state funding for Ratings training.

“Our seafarers, economy and society will only be able to benefit from these opportunities if there is a level playing field, especially for young people, to compete for merchant seafarer jobs. Otherwise, Merchant Navy Day risks becoming a celebration of our proud history rather than a positive statement of support for a future merchant marine. The encouraging findings of the Government’s Maritime Growth Study provide a basis for restoring UK seafarer numbers and securing that future.”

1.    Merchant Navy Day is an annual celebration held on 3rd September, organised by the SeafarersUK charity which started in 2000. http://www.seafarers.uk/campaigning/merchant-navy-day/

2.    On 2nd September, in conjunction with the RMT SOS 2020 campaign, RMT is holding two simultaneous events to coincide with Merchant Navy Day weekend, to highlight the celebration and the need to protect seafarer jobs, especially for UK Ratings:

3.    In line with the recommendations of the Maritime Growth Study, the Government commissioned the Seafarer Projections Review. This was published in January 2017 and forecast future demand and supply of seafarers, as well as taking a much needed snapshot of jobs in the UK shipping industry. It included the following information and forecasts:

4.    In line with the recommendations of the Maritime Growth Study, the Government commissioned review of the Support for Maritime Training (SMarT) scheme, the £15m annual public funds allocated predominantly to Officer Cadet training was published in July. Despite the Officer Cadet focus of the SMarT scheme, the review made several recommendations on Ratings Training in general and acknowledged the importance of Ratings to the UK’s maritime skills base. For example:

•    Review and refine the [SMarT] training scheme for ratings to ensure a flow of high quality seafarers.
•    Raise the [SMarT] funding per rating trainee (for watch ratings & general purpose ratings) to provide an incentive for industry to increase training numbers.
•    A clarifying note should be sent to trade bodies and companies claiming tonnage tax, explicitly illustrating the option in tonnage tax of replacing cadets with trainee ratings.
•    SMarT funding should be made available to facilitate the professional development of ratings to more senior rating roles (i.e. in addition to the rating to officer conversion). Experienced British senior ratings are highly regarded by industry and this will strengthen the UK’s ability to provide high quality senior ratings.
•    Whilst tonnage tax issues lie outside the scope of this review, we suggest that consideration be given to allowing more flexibility within the rating tonnage tax option than the current restriction to Able Seafarers (for example, extend to watch ratings and general purpose ratings).
https://www.gov.uk/government/publications/support-for-maritime-training-review

5.    The Department for Transport’s annual Seafarer Statistics for 2016 found that there were 23,060 UK seafarers active at sea – including 8,880 Ratings. https://www.gov.uk/government/statistics/seafarer-statistics-2016