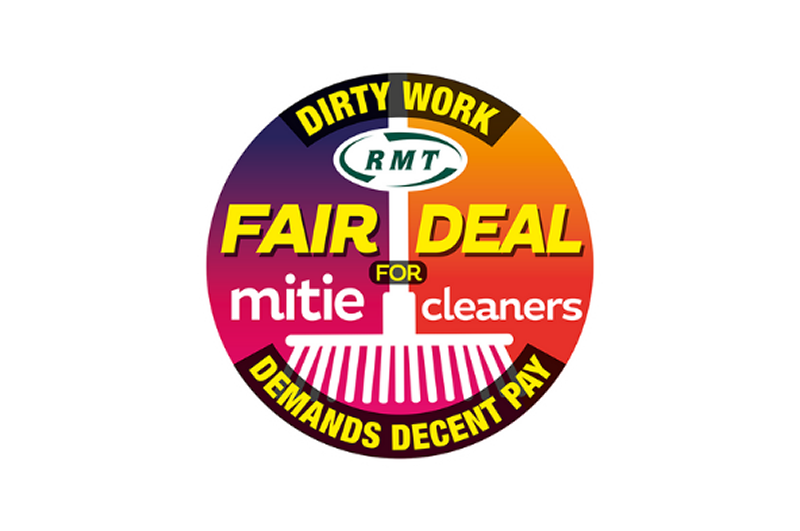 The demonstration, involving the cleaners and their supporters, will be outside Mitie and Merseyrail’s Liverpool Headquarters at Rail House, Lord Nelson Street, Liverpool L1 1JF at 8am on Friday 23rd July.

The cleaners voted by a massive majority for action over the offer of a pitiful increase in their poverty pay rates which would have still left them far short of the Real Living Wage and the absolute minimum of £10 an hour which RMT is campaigning for as recognition of these real heroes of the COVID pandemic who have worked throughout.

Mitie have raked in a fortune on Merseyside since they landed the lucrative Merseyrail franchise in ‎2016 and were recently involved in a boardroom pay scandal after their Chief Executive trousered a bonus package set to amount to over £5 million.

The cleaners are also protesting the imposition of punitive rosters and attacks on holiday pay. RMT has pointed out that a fraction of the company’s profits and bonuses would cover the cost of the Real Living Wage and decent working conditions.

“It is frankly disgusting that this wealthy company, which is rolling in cash when it comes to boardroom salaries and bonuses, is attempting to consign its front-line cleaning staff to a lifetime of poverty pay.

“These are the same cleaners who disinfected and decontaminated stations to keep services running at the height of COVID, at serious personal risk, and who are now facing a financial kicking.

“RMT would appeal to the people of Merseyside to join us in this fight for pay justice for your local rail cleaning staff.”