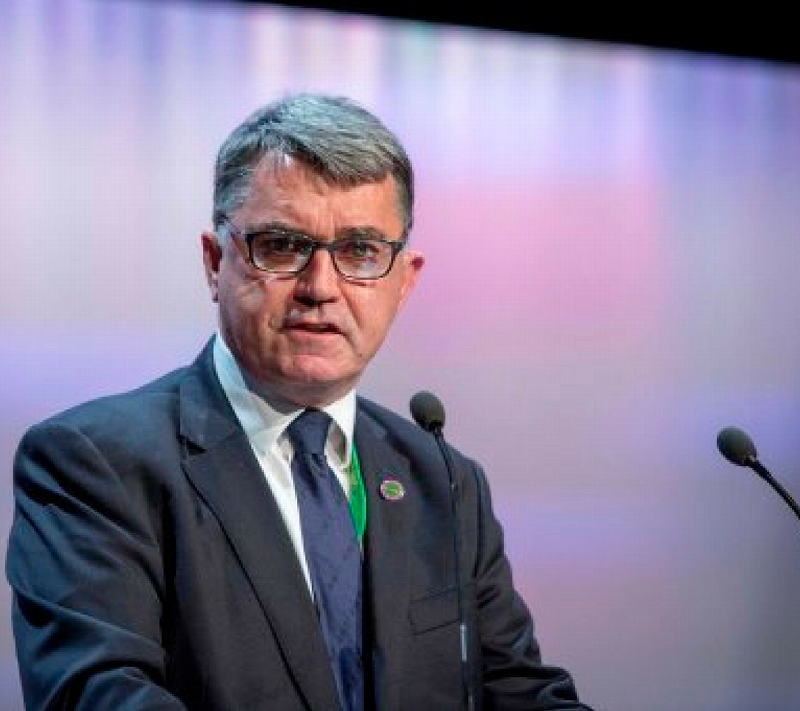 Congress the single market is the EU.

It is the driving force behind the race to the bottom.

Of privatisation and of austerity.

It’s what the British people have voted to reject in the EU referendum.

And Congress let’s be clear we are also asking you to vote this down because a peoples vote or popular vote or whatever you want to call it is defacto a second referendum on the EU.

Congress we need to understand those in the Westminster bubble are calling for a peoples vote for the sole reason of a second referendum on the EU.

They are your Chuka Umunna’s your Chris Leslies, your Peter Mandelson’s your Tony Blairs, the Lib Dems.

That’s who we will be lining up with if we support another vote.

These are the people who want us in the EU so that the EU can stop Jeremy Corbyns plans for nationalisation and for state aid and for workers’ rights.

Now I definitely don’t put Frances in that camp but I was concerned that when asked on Andrew Marr if a vote on the deal could lead to a vote on rejoining the EU she said I would never say never.

So let’s be honest here the peoples vote or popular vote is nothing more than a Trojan horse to a second EU referendum.

A second referendum that will lead to social unrest, that’s not just me saying that the Labour frontbench is saying it.

Congress if I went back to my members with a deal they had already rejected I would get unrest as well.

The Tories will absolutely love it if we support this statement.

It gives them the get out of jail card they are crying out for.

It lets them off the hook because the issue becomes not what sort of Brexit we want but whether there should be a second referendum.

It lets them off the hook because what they are terrified of is not a peoples vote but a general election.

Congress the only vote that matters is a general election.

We should be calling for one thing and one thing only; an urgent general election and a socialist Labour government led by Jeremy Corbyn and John McDonnell.

We don’t need a peoples vote.

We need a national vote that will sweep this rotten Tory government out of power."