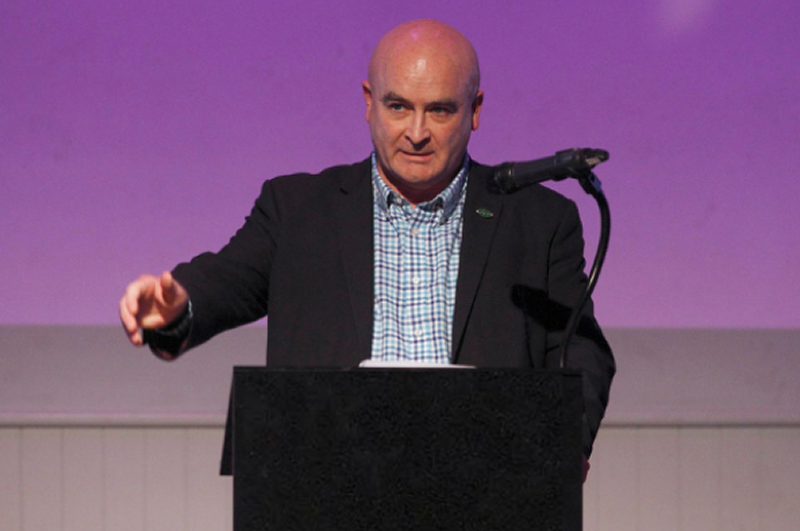 “I am greatly honoured to have been elected by the RMT’s members as General Secretary.

"I will maximise the unity of our great organisation, bringing together every sector and grade to build our union’s membership, influence and power. We will grow our union in every workplace as a strong and dynamic force.

"Our message to the employers and the politicians is that RMT stands ready to campaign and fight against pay freezes, cuts to safety and conditions.
"We call on the rest of the Labour Movement to stand strong and mobilise against any new age of austerity which makes working people pay for the Covid crisis.”

"There will be huge challenges in the months ahead ‎as employers launch assaults on jobs, pay and pensions using the COVID pandemic as an excuse.

"It is crucial that the whole union now unites behind Mick Lynch as General Secretary and gives him the support that he will need as RMT focuses on delivering ‎for our members in what we know will be tough days ahead. "

Editors note
Before being elected as General Secretary today Mick Lynch has been twice elected as RMT Assistant General Secretary and has twice served on the RMT’s National Executive.  He is a Trustee Director of the £30bn Railway Pension Scheme.
By trade he is an electrician leaving school at 16 in 1978 to serve his apprenticeship and worked in engineering and construction before joining British Rail maintaining the train fleet at Eurostar, having been blacklisted out of the construction industry for trade union activity.
He founded and built the Eurostar branch to one of the biggest in the union and has secured a number of important deals on pay and conditions.
As Assistant General Secretary he was responsible for Network Rail, Engineering, Bus and railway pensions.
He lives in West London